For the last three weeks, I've either been eating out with visiting friends or galavanting around on business trips to LA and Denver, so come this week, I was craving real food something fierce. I can't tell you how much I've enjoyed being back in my kitchen. These recipes were just what I needed to get me back into the swing of things.

Pork Chops with Fig & Arugula Salad
After weeks of rich restaurant food, I just wanted something simple that involved vegetables. This recipe was perfect -- a pork chop with a light sauce along with a beautiful salad.

My Tweak: I went with goat cheese instead of mozzarella in the salad. I love goat cheese and figs together. Also, I'll admit it -- I was lazy and used bottled balsamic vinaigrette. 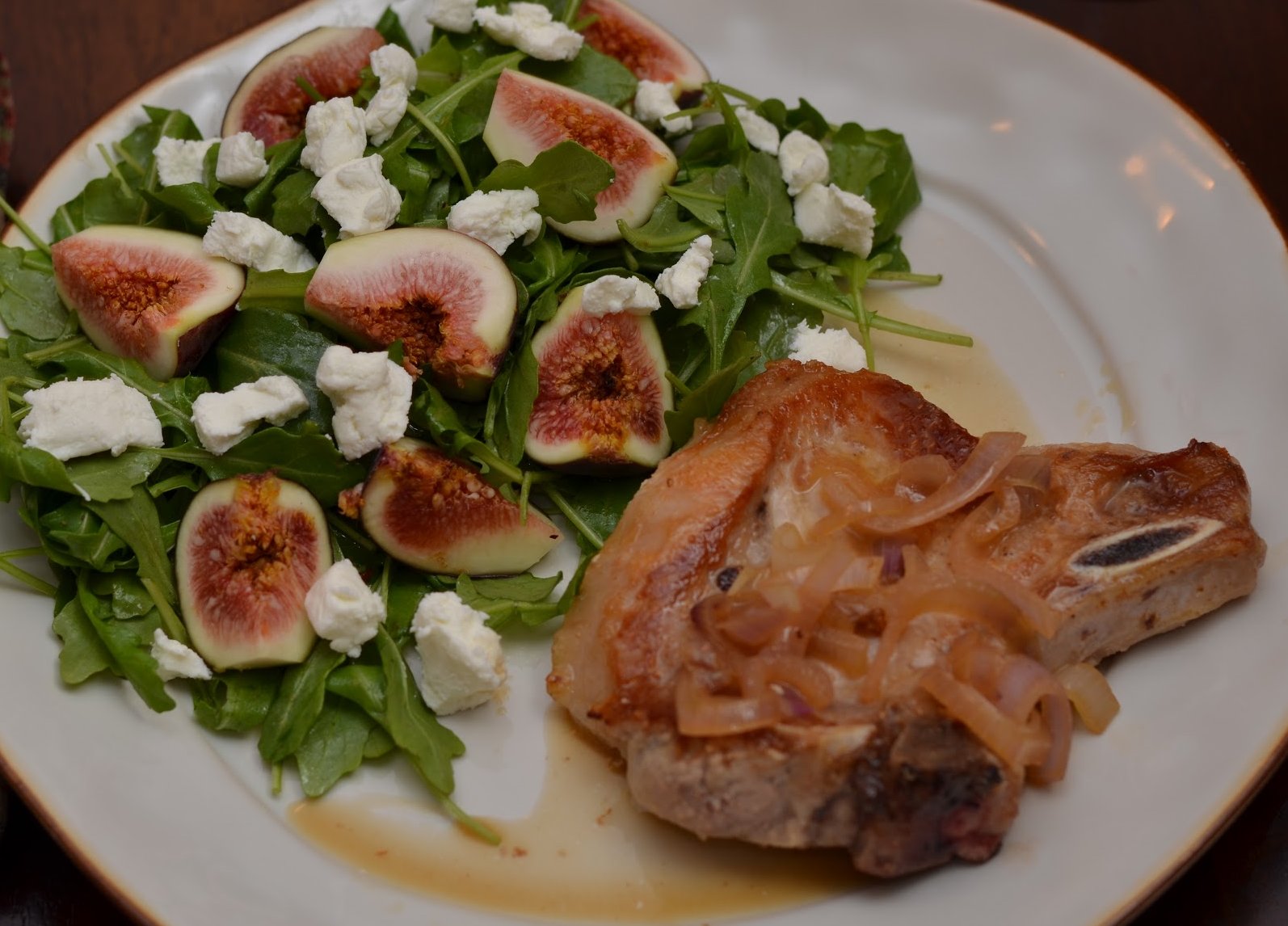 Roasted Tomato Soup with Kale and Fregola
This soup is so flavorful thanks to the roasted tomatoes and copious amounts of garlic, rosemary, and sage, and it's hearty and filling thanks to the kale and the couscous.

My Tweak: I used israeli couscous instead of fregola because whose grocery store sells fregola? Not mine. I also opted for chicken stock over water for a richer soup, but if you prefer to keep it vegetarian, I wouldn't suggest doing that. 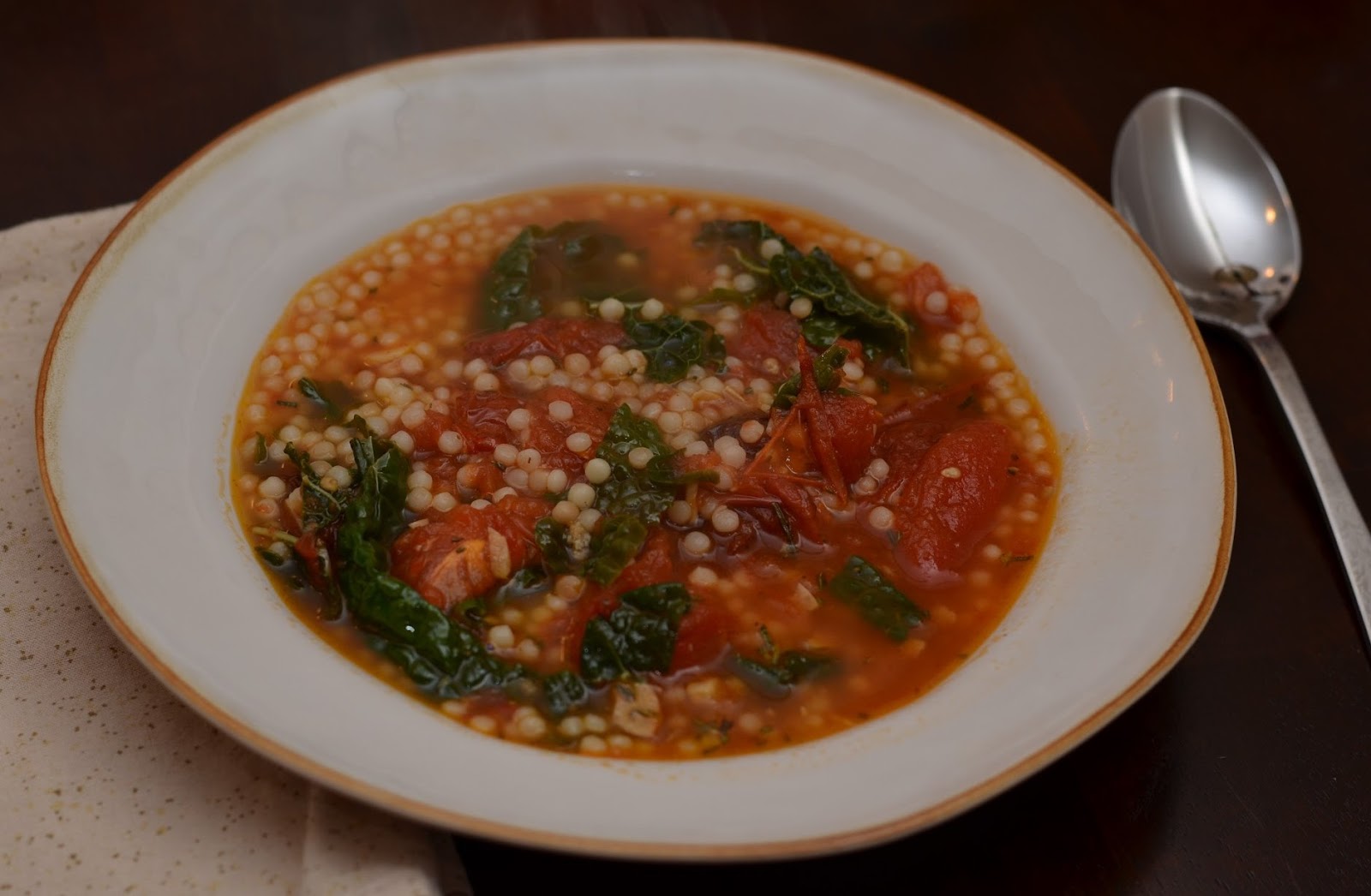 Chicken with Brussels Sprouts and Mustard Sauce
I can't get enough brussels sprouts. They're so delicious in this mustard apple cider sauce, that I swear it would make a believer of even the pickiest eater.

My Tweak: I mixed half dijon and half whole grain mustard for a milder sauce -- dijon can be a bit too horseradishy for me. 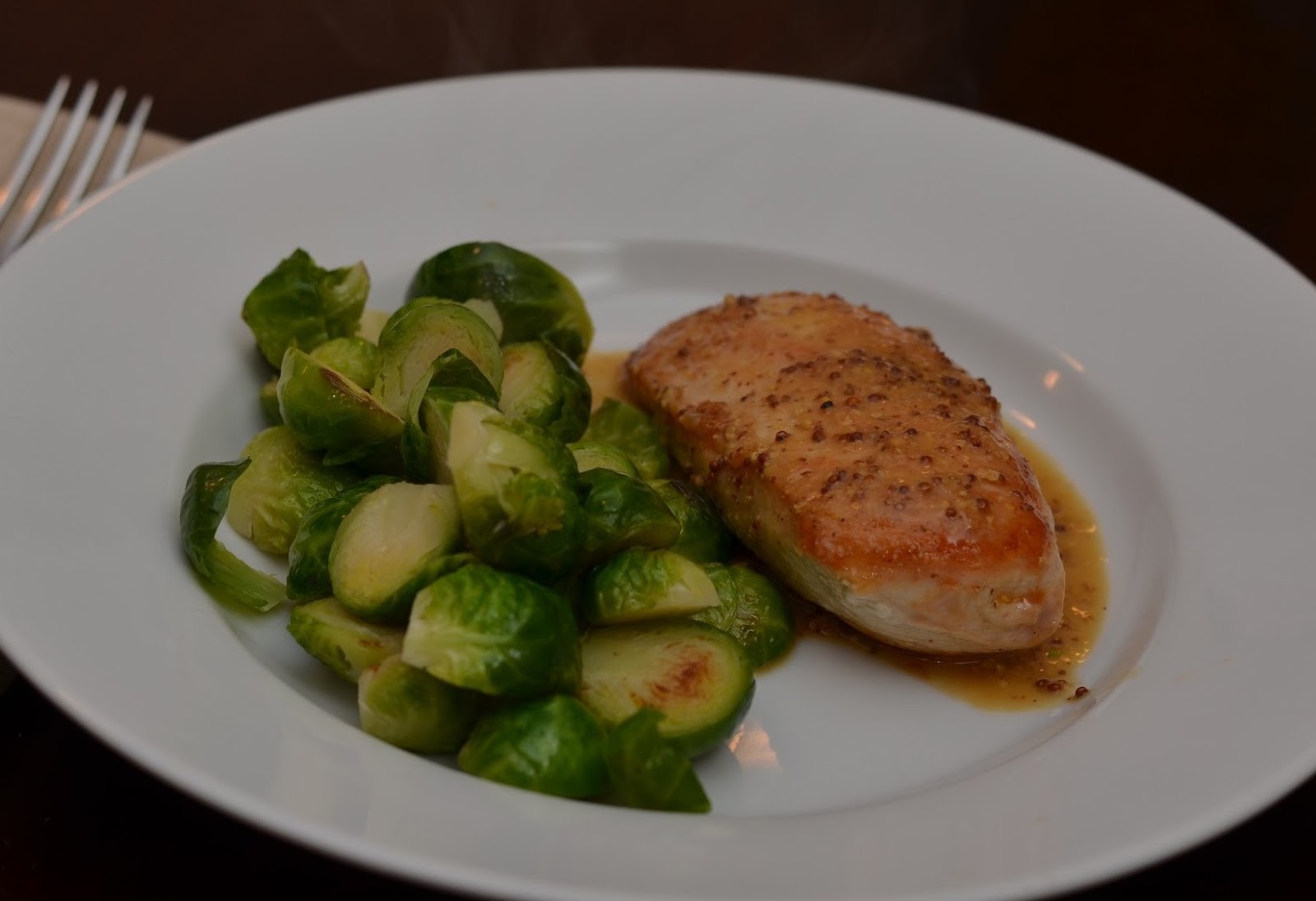 Butternut Squash, Beans, Chard, and Bacon Soup
The colors in this soup are beautiful, bacon is involved, and it's basically like fall in a bowl.  Serve it alongside some crusty, buttery sourdough bread, and you've got yourself a meal!

My Tweak: I had a bag of Rancho Gordo Yellow Eye Beans, so I decided to add those in.  You can use whatever dried beans you've got in your pantry. 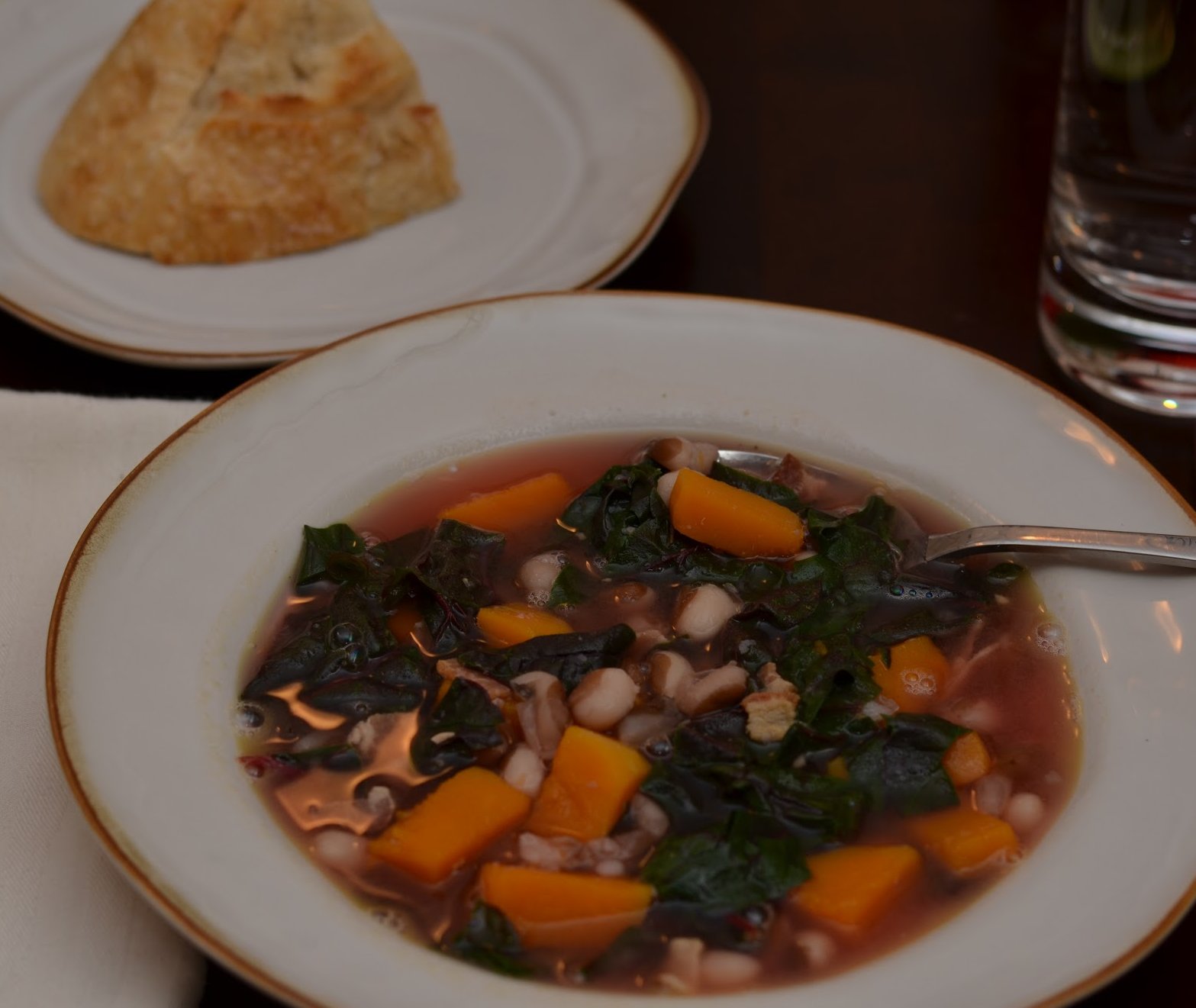