As we settle into life in the Dallas suburbs, we have begun our search for good local breweries. We sure do miss places like Night Shift and Wachusett up in the Boston area, but we're finding new beer to love as well. Turns out the Texas craft beer scene has changed a lot in the 7 years that we've been out of state, so we have a lot to learn. We kicked off our search with a short drive up to Sherman for 903 Brewers. Next, we met up with friends at the local McKinney favorite, Franconia. They take a different approach to brewing, but we loved both tours, and we loved the beers that they're pouring.

First up, 903 Brewers. I have a soft spot in my heart for this one, as it's named after the area code used throughout East Texas, including my hometown of Paris. We made the trip to Sherman around lunch time, so we stopped at a wonderfully dive-y local spot, City Limits, for lunch prior to our brewery visit. They're famous for their chicken fried steaks and for good reason. You get a generous portion doused in creamy white gravy served on paper plates with french fries and a side salad. It's nothing fancy, but to be fair, it shouldn't be. 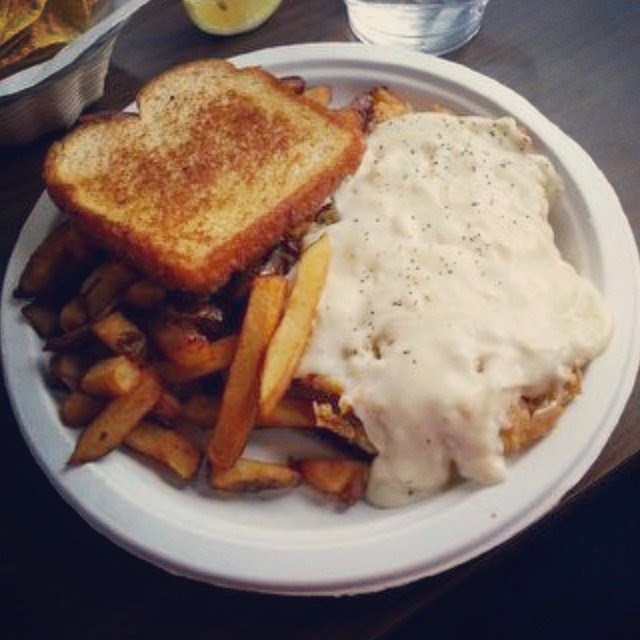 After lunch, it was time to sample beers! At the brewery, there's a great outdoor seating area along with a large area inside for cold afternoons (or really hot ones). We started with a pint of Coffee Pecan Porter, a special release of their Pecan Porter brewed with locally roasted coffee. Delicious. Next, we split a sampler of four beers, served on an old cafeteria tray. Our favorites were Sasquatch Chocolate Milk Stout, Chosen One Coconut Ale (surprisingly good and very refreshing), the 903 Blonde, and the aforementioned Pecan Porter. While you pay for your beers, the tour given by the owner and brewmaster himself is free as well as short and sweet. We got to see a few iterations of his brew equipment starting with a single homebrew pot that he started brewing with to shiny new kettles that require a ladder and a paddle to stir. 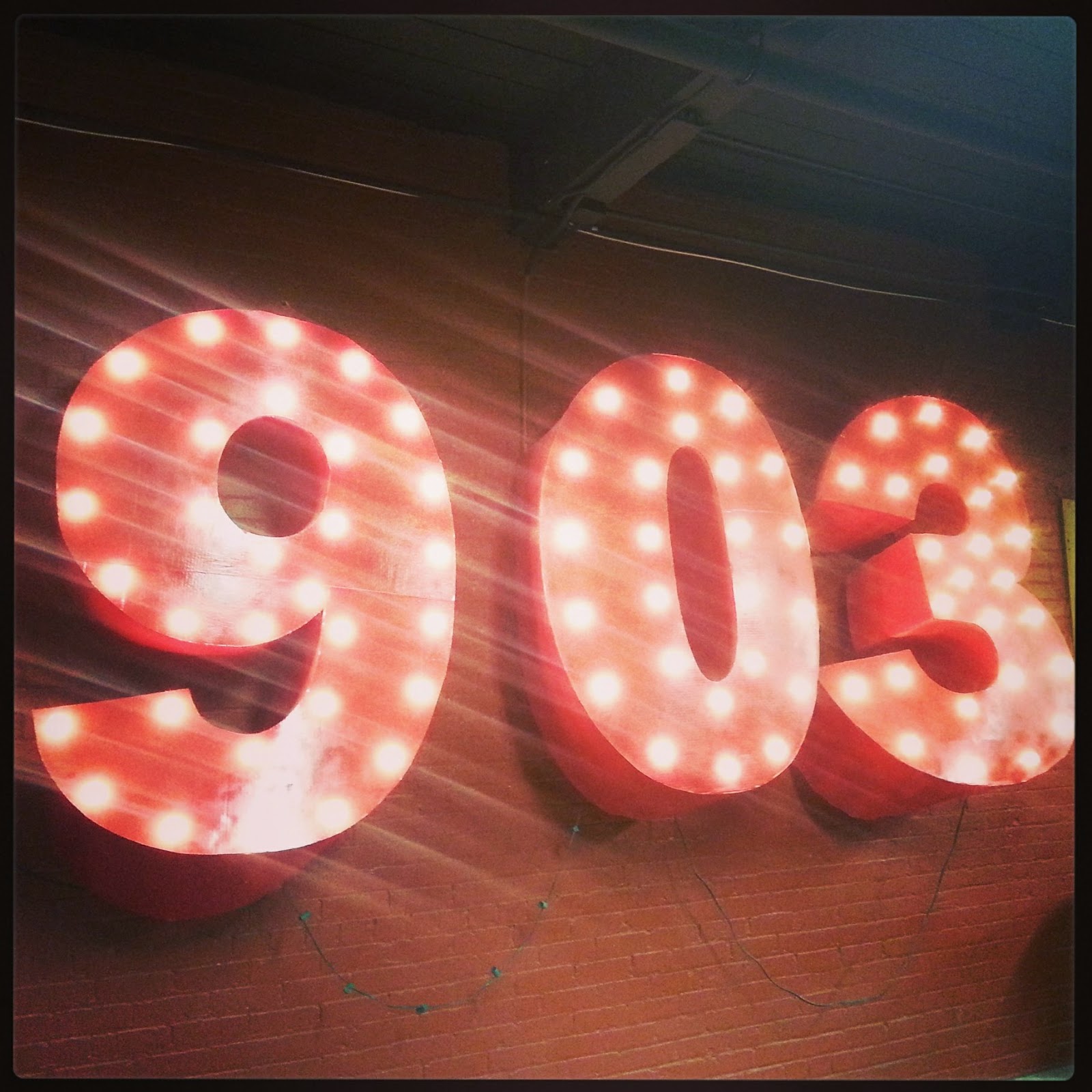 Our visit to Franconia was on a perfect, sunny Saturday morning. Before the brewery tour, we tried Bill Smith's Cafe for breakfast. It's the oldest restaurant in McKinney, and when we pulled in, the parking lot was packed (mostly with big farm trucks). If the guys in farm trucks approve of a greasy spoon breakfast spot, that's a good enough endorsement for me! There's kitchy, faded decor on the walls, ranging from old signage to vintage photographs to high school football posters. It looks just how you would expect the oldest diner in town to look (and I mean that as a compliment).  I opted for the chicken fried steak and eggs served with hash browns and a side of biscuits and gravy. Please don't ask me how biscuits and gravy qualify as a side, because I just don't know. I figured it was best not to argue! Y'all, this was such a great breakfast and such a great atmosphere.  I can't wait to go back! Also, it's starting to look like I can't visit a brewery without first stopping for chicken fried steak. I assure you this isn't the case, but maybe it wouldn't be such a bad tradition to adopt. 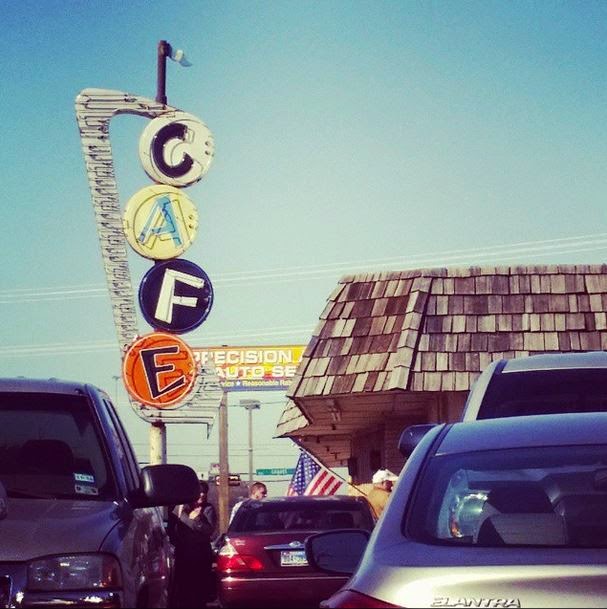 We arrived at the brewery maybe 10 minutes before the tour was to begin at 11:00, and folks were already crowding around the entrance, excited for the doors to open. The brewmaster, a fourth generation brewer from Germany, came out to welcome everyone and to lay down a few ground rules. After paying our $5 entry fee, we were able to enjoy unlimited samples (Pro Tip: be sure to bring a glass from home so you don't have to buy a glass there) and a highly entertaining tour of the facilities thanks to the brewmaster's vast brewing knowledge and sense of humor. As you might expect from a German brewery, the beers adhere to the German Beer Purity Law allowing only water, barley, yeast and hops to be used. You won't find any sours or pumpkin beers here, but there's still plenty of variety to enjoy. While all of the samples were great, my favorite of the day was the Wheat, perfect for sipping while we soaked up some sun outside of the brewery. Though what we most enjoyed was getting to sample a new beer poured right from the spigot of a fermenting tank! 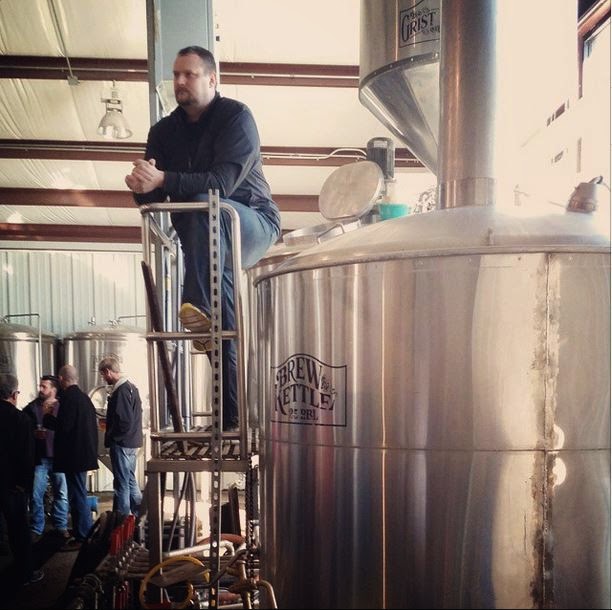