Recently, I learned that Medford hosts an annual "Community Reads" project, courtesy of the Friends of the Medford Public Library and the Medford Arts Council. Each year a book is selected for participants to read, and events are held throughout town that coincide with the theme of the book. How cool is that? This year's selection is one of my favorites: My Life In France by Julia Child. Julia's memoirs are captivating, and it's such a beautiful read, filled with her joys and struggles and lots of cooking. 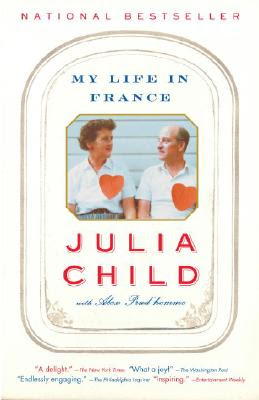 On Tuesday night, Bestsellers Cafe hosted this year's Kick-Off  event, "Memories of Julia Child." As they recently re-opened in Medford Center (quite a story in itself) I've been dying to stop in and check it out. Combining some of my favorite things under one roof (books, coffee, and food), it's a great little bookstore. It reminds me of a smaller community version of Trident Booksellers and Cafe on Newbury Street, which I've gushed about before. 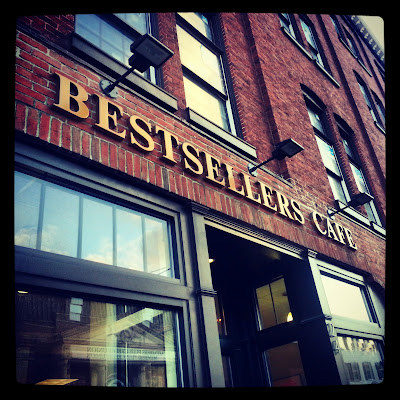 For the Kick-Off, they invited Mark DeVoto, son of Julia's close friend Avis DeVoto, to come speak about his memories of Julia Child.  Julia and Avis began their friendship as pen-pals who had never met, and in each other they found their soul mates. Much of their correspondence is captured in As Always, Julia: The Letters of Julia Child and Avis DeVoto edited by Joan Reardon, which I'm currently reading. It's an enthralling glimpse into the hearts and minds of two fiery, magnificent women. Eventually, they became neighbors in Cambridge once the Childs moved back to the US. 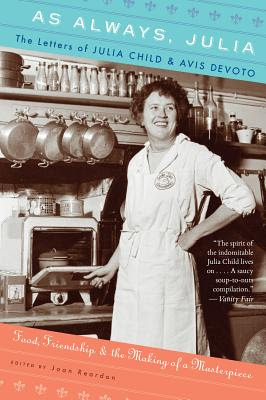 Tables and chairs were set up in the back of the cafe, with Mark seated in the center. The back wall of the shop is lined with French Doors, allowing the light to flood in and offering a beautiful view of the Mystic River. I got a big mug of spiced cider and a few snacks courtesy of the culinary program at Medford High School.  I settled into a seat in the back corner, sharing a table with a woman who confided that she once went to a dinner party where Julia was present! 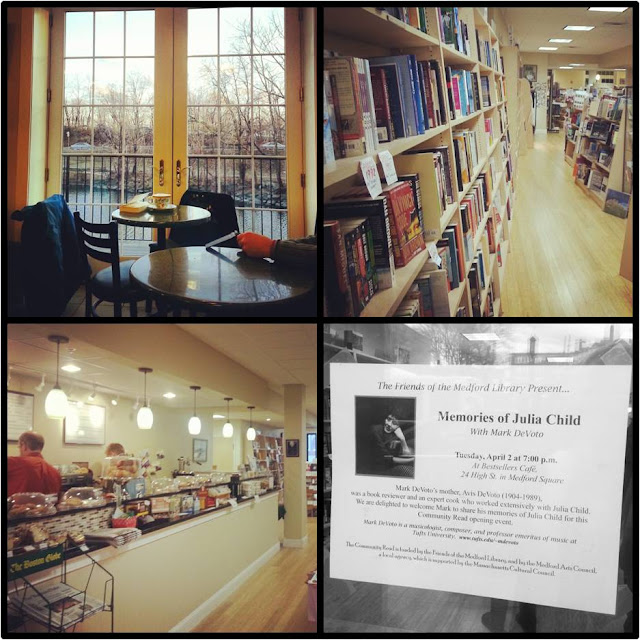 The talk was laid back, and Mark graciously shared his memories and conversed with the audience, speaking fondly of a Thanksgiving spent at the Childs, a soup Julia once made with all of the vegetables in his little garden, the fact that Julia loved McDonalds french fries (that got a good laugh), and memories of his mother.  I enjoyed the evening thoroughly, and I'm so thankful to the Medford community for organizing such a special event. What a priceless opportunity to learn more about a woman that I so love and admire. 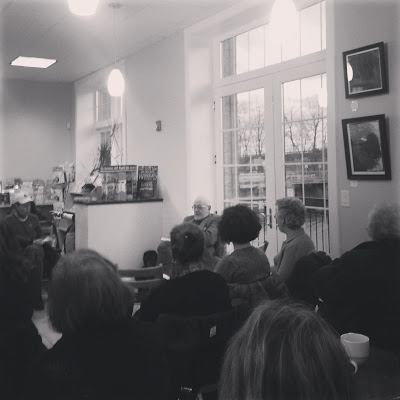