Somehow, it's already Monday again, so to ease the beginning of a new week, let's reminisce about the weekend!

Friday brought a fresh blanket of snow. I usually play the "I'm a Texan who can't drive in snow" card and work from home on these days, but because of a big meeting, I braved the whirling snow and icy roads. It's a small miracle that I made it to work in one piece, despite literally sliding down a hill at one point. The snow eventually stopped, and when I got home, I FINALLY built my first snowman (if you don't count the little mound of snow and dirt that I scraped together, using sweet gum balls for eyes, back in East Texas as a kid).  Meet Marky! He's melted now, but he was cute while he lasted. 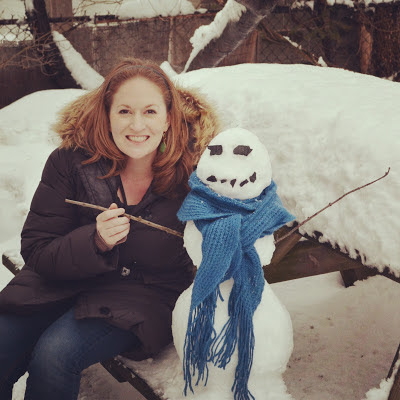 As the sun went down, we headed back inside to get ready for a double date, suburbs style. We met friends in Acton for dinner, candlepin bowling (just bowling, according to the locals), and arcade games. Candlepin is pure New England. It involves straight cylindrical pins, a smaller ball, and allows three throws per frame. You may think this would make the game easier, but you would be wrong. I averaged 40 points per game. I'm pretty bad at bowling. 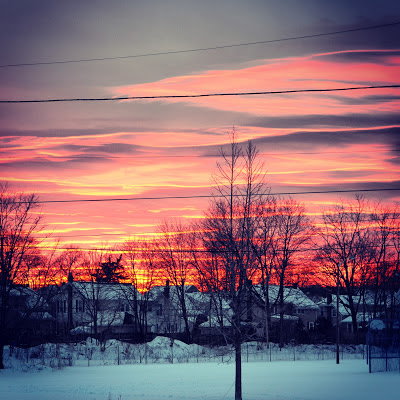 Saturday, after a dress rehearsal for my upcoming wind ensemble concert, we waded through slushy snow in Newton Center to grab some lunch, a gigantic slice of pizza, at the cute little Sweet Tomatoes. I liked their crisp ultra-thin crust and chunky and bright sauce.

After an afternoon of errands, we got gussied up for another double date, this time big-city-style. We began with dinner and drinks at one of our favorites, Eastern Standard and then made our way to The Hawthorne Bar, tucked away in the Hotel Commonwealth.

Walls lined with art, drink-related knick knacks, and comfy seating, The Hawthorne is cozy and inviting, like being in the living room of a very stylish friend. We stood by the bar for a while, with our name on the waiting list for seats (you can actually reserve seats -- greatest bar idea ever), and were eventually led to a corner with a couch and an arm chair. Run by the same folks as Eastern Standard, these folks are mixing up some quality craft cocktails (my favorite of the evening was The Martinez).  We will be coming here again. 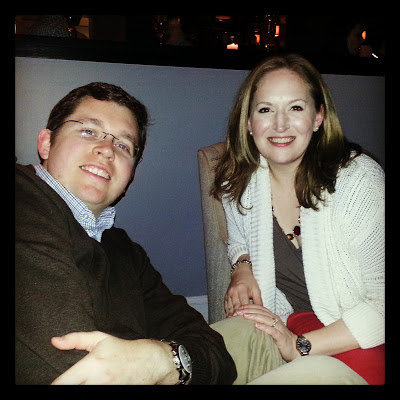 Sunday, I performed with the Charles River Wind Ensemble at the beautiful First Baptist Church in Newton. Our concert, "Dance and Play", was a success, despite some crazy-hard clarinet parts. 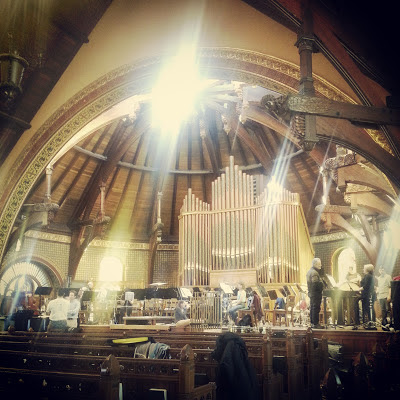 Post concert, we celebrated with dinner at Tu Y Yo in Somerville's Davis Square, offering authentic Mexican food and the best sangria I've had in Boston.  We started with appetizers, a quesadilla (more like an empanada) filled with oozing cheese and braised beef and a sope topped with Mexican sausage. For my entree, the Cochinita Pibil, marinated and slow-cooked pork, was falling apart as I piled it on a tortilla, topped with their homemade salsas. The beans, usually the most overlooked item on my plate, were so unbelievable that I can only assume large amounts of lard were used. Everything got two thumbs up from these Texans! 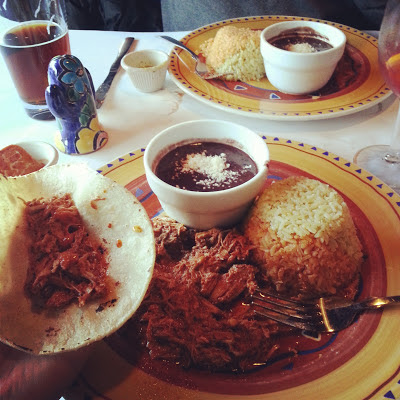 It was a busy weekend that went by all too quickly, and now it's back to the grind at work. It's time to think about things like deadlines, meetings, laundry, and meal planning for the week.  On a brighter note, I'll see you on Pi Day with a recipe for my mom's Lemon Chess Pie! Get excited!
Posted by Paige at 3/11/2013