In honor of the unending New England winter (are you tired of me complaining about winter yet?), here's one of my favorite soup recipes. Especially with a little spicy Sriracha stirred in, it'll warm you up from the inside out. Based on what's in your kitchen, you can start with this basic idea and adapt it (because no one wants to go to the grocery if it's snowing). It would be great with a little shrimp or shredded chicken, napa cabbage could be used in place of swiss chard, toss in thinly sliced carrots or snow peas, or how about soba or ramen noodles rather than udon? Here's to soup and to hoping it's warmer wherever you are! 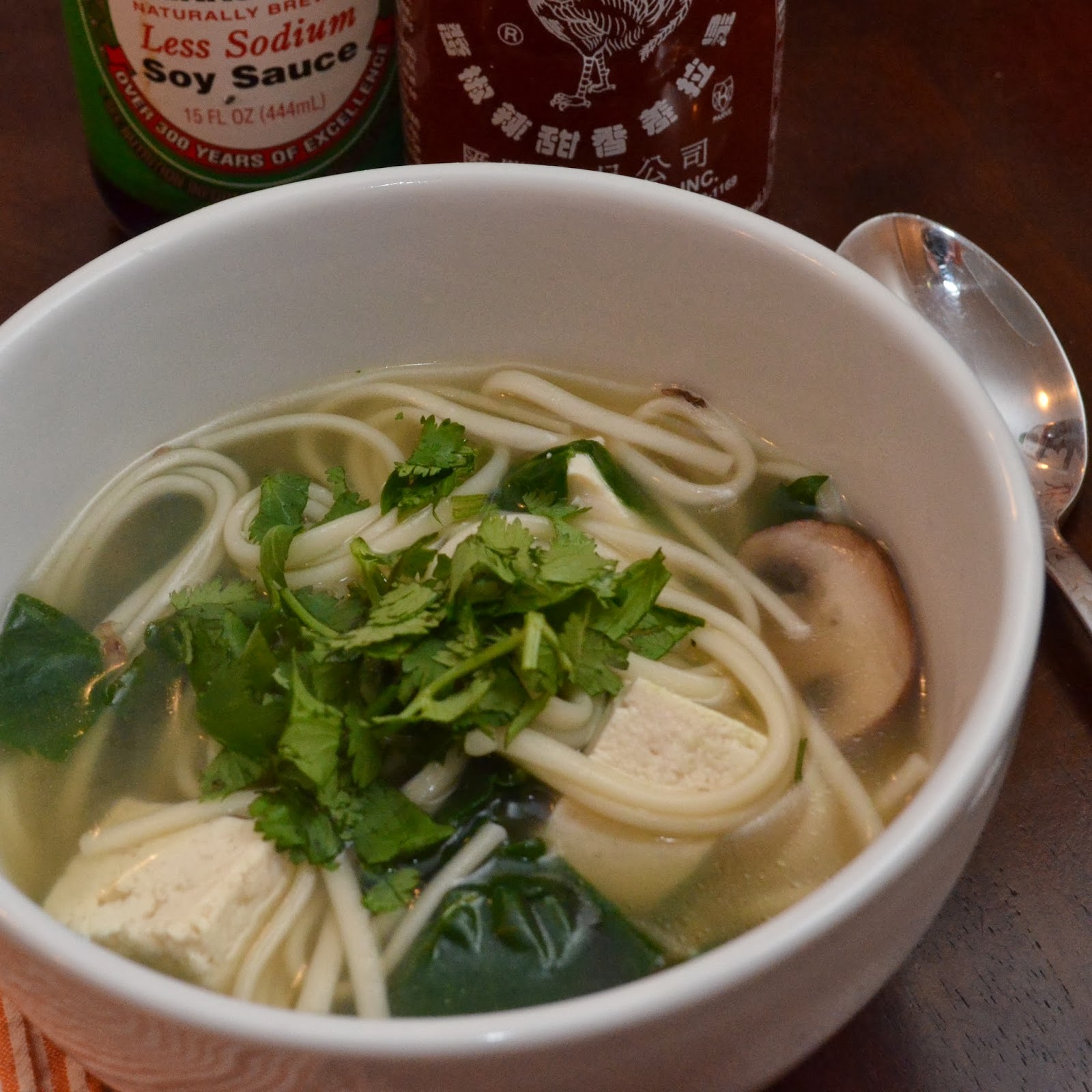 (recipe based on The Kitchn's Quick Udon Noodle Soup)
Serves 4

Directions
Heat a dutch oven or soup pot over medium-high heat. Pour in olive oil, and once heated, toss in sliced mushrooms. Cook, stirring occasionally, for about 8 minutes until the mushrooms are nicely browned.

Add bay leaves and star anise pod, and let cook for about 30 seconds, until fragrant. Pour in the water and chicken stock along with a pinch of salt, and bring to a boil.

When boiling, add the udon to the pot, and cook according to package directions (mine required about 10 minutes).

Remove the bay leaves and star anise, and serve sprinkled with chopped cilantro. Stir in a little Sriracha and/or soy sauce, according to your taste.