﻿
It's that time of year again! Wurstfest, the self-proclaimed 10 Day Salute to Sausage, is upon us! This weekend, we made the pilgrimage to the little town of New Braunfels, home to a sizeable population of German Texans, to revel in all things bratwurst, beer, and polka! 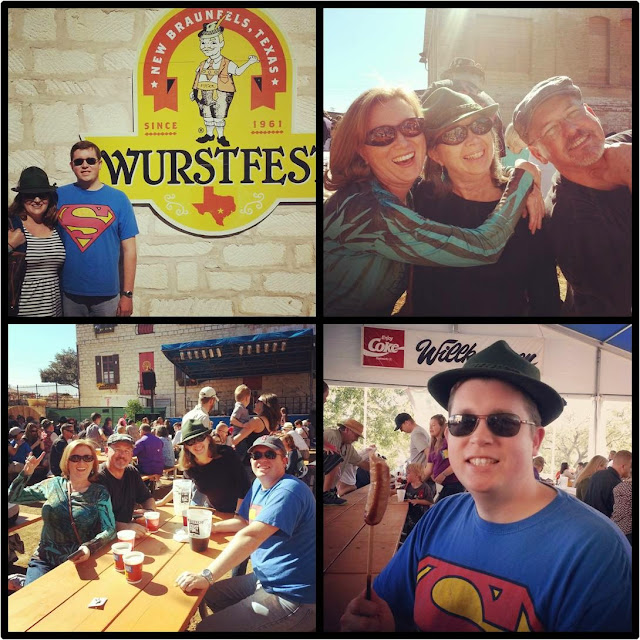 I was introduced to Wurstfest, arguably the real "happiest place on earth," by two fellow clarinetists in the Longhorn Band who grew up in New Braunfels. Thank goodness for Sarah and Christina! Each year, we would gather a group of friends and drive south from Austin to participate in the festivities. I haven't been back since graduation (and my husband had never been), so this was an eagerly anticipated occasion! 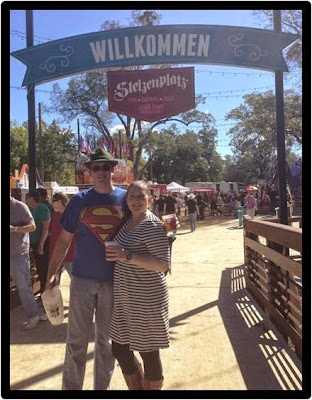 We kicked off the festivities with my favorite Wurstfest combination -- a pitcher of beer and a "Wurst in Taschen." This is a bratwurst under a pile of sauerkraut tucked inside a fluffy pocket. I like mine topped with a couple pumps of spicy mustard. If this doesn't sound like your thing, food abounds in the "Marktplatz" where you can find everything from bratwurst-on-a-stick to reuben sandwiches to bratwurst nachos! A new favorite discovered on this trip were the fried mushrooms topped with cream gravy -- fair food at its best. This is a place where German and Texan cultures collide in the best possible way. Whatever you do, come hungry! 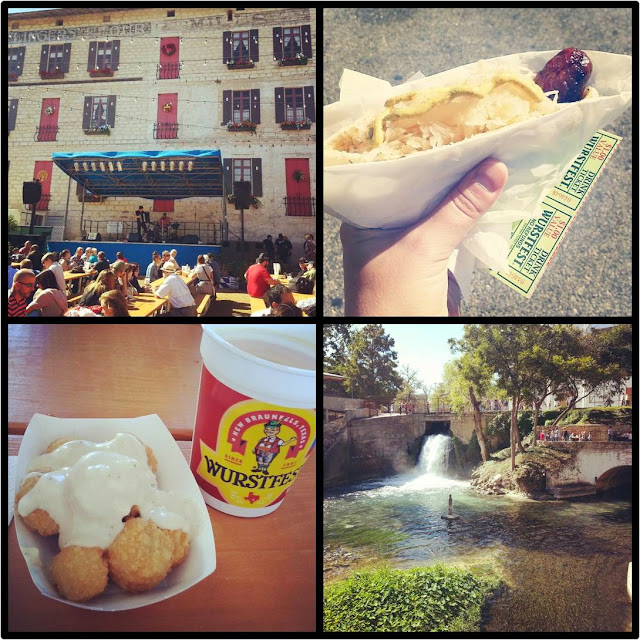 We ate in Das Grosse Zelt (The Big Tent) which is set up like a covered beer garden with a music stage where the Comal Community Band serenaded us with German and Texan favorites. 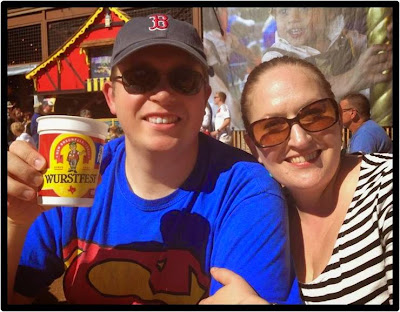 Our next stop was the Craft Beer Garden for some local brews (favorite name award goes to the New Braunfels Oktooberfest named after the favorite local pastime of tubing down the Comal and Guadalupe Rivers). At the neighboring music stage, we clapped along with the fantastic accordion stylings of Michael Bridge, the Canadian National Champion Accordion Player!

Finally, we ended the afternoon in Wursthalle with singing and dancing to polka music thanks to The Seven Dutchmen Orchestra.

The festival wraps up this weekend, so if you're in the area, treat yourself and join in the small town tradition! Just don't forget your lederhosen!