So there's this salad I really love from the gorgeous blog What Katie Ate. It's absolutely perfect, and I won't judge you if you want to go make her recipe instead of mine. But if you're like me and have the hardest time finding Spanish chorizo, please consider my recipe as a humble substitute. You see, when I was in Boston, I could find Spanish chorizo but never Mexican chorizo. Now that I'm back in Texas, I have the opposite problem. What's the difference between the two? To vastly oversimplify it, Mexican chorizo is crumbly while Spanish chorizo slices into pretty rounds. Both are delicious and wonderful, but in this instance only one will do.

Instead of chorizo, I opted for lovely gulf shrimp seared in bacon grease. I also left out the Puy lentils. This salad is light and refreshing but plenty filling. If baby heirloom tomatoes are still popping up at your grocery store in their pretty reds and yellows and oranges, toss those in, but I'm sure cherry tomatoes would work just as well. Maybe try lime juice instead of lemon. Skip the radishes if those aren't your bag. Or go for different fresh herbs. It's a salad after all, so it's perfectly tweakable. Enjoy! 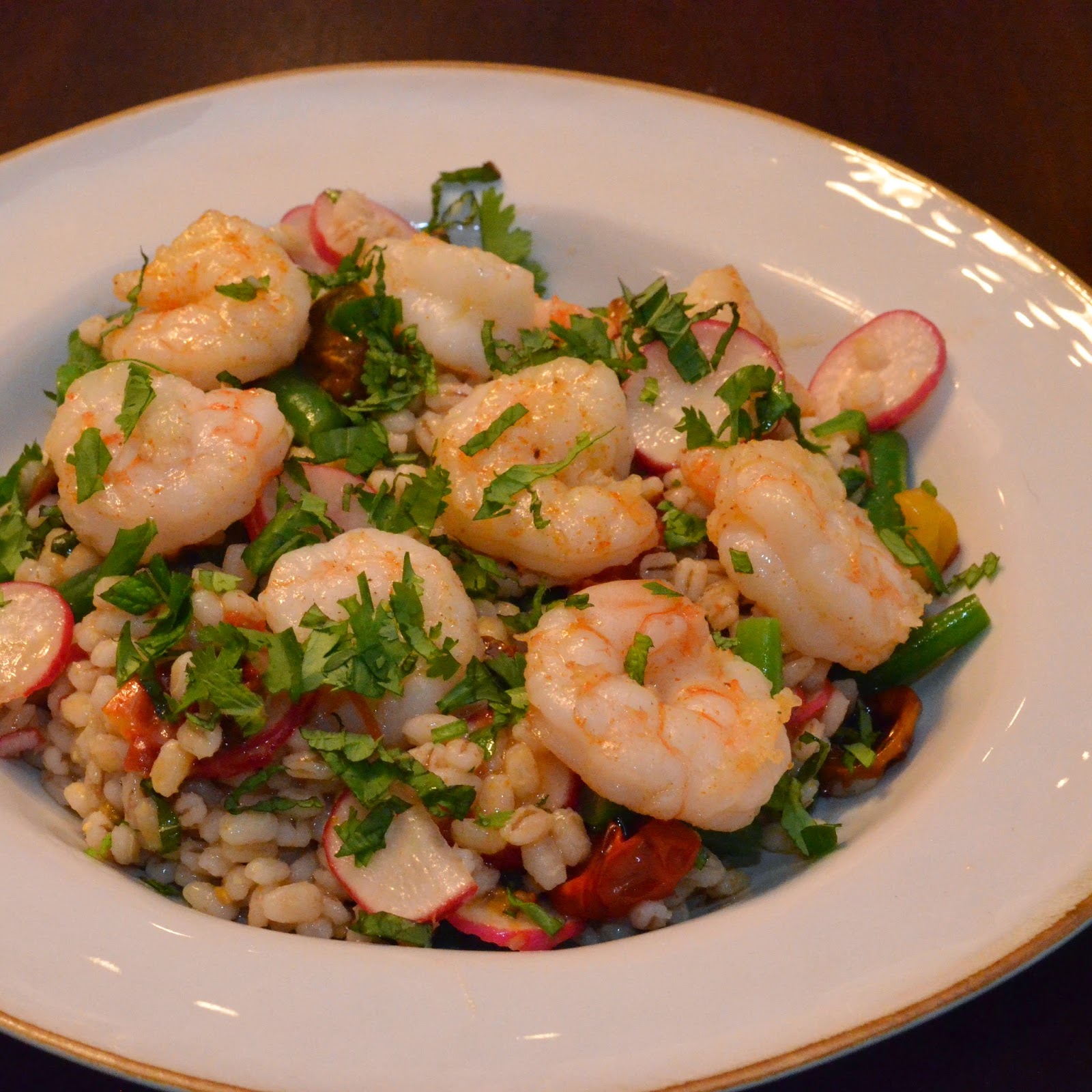 (based on What Katie Ate's Pearl Barley and Puy Lentil Salad with Roasted Baby Heirloom Tomatoes, Chorizo, Green Beans, and Baby Radish)
Serves 2-3
Ingredients
1 cup pearl barley
1 lb of baby heirloom tomatoes (or cherry tomatoes), halved
Handful of radishes, very thinly sliced
Handful of green beans, ends trimmed and cut into bite sized pieces
1 Tb bacon grease
1/2 lb shrimp, shelled and patted dry
2 lemons, juiced
1 Tb olive oil
2 Tb cilantro, minced
2 Tb mint, minced
Directions
Preheat the oven to 280F.
Spread the halved tomatoes on a foil-lined baking sheet, drizzle with olive oil, and roast them for 1.5 hours, until soft and beginning to caramelize. Remove from the oven when done.
While the tomatoes roast, blanch the green beans by bringing a saucepan of water to boil. When boiling, dump in the green beans, and lower the heat to a simmer and let cook for 3-4 minutes. Remove the green beans, and plunge into a bowl of ice water to cool. Drain and set aside.
Next, add the barley and 3 cups of water to a saucepan (I use the same one I used for the green beans to cut back on dirty dishes), and bring the water to a boil. Cover and simmer for about 35 minutes, until the barley is chewy and tender.
When the barley is almost done, whisk together the juice from one of the lemons with the olive oil, and season with some salt and black pepper.

Then heat a skillet over medium-high heat and add the bacon grease, allowing it to melt and warm up. When hot, add the shrimp to the pan, searing them for about 2 minutes per side. When done, remove the shrimp to a plate with a slotted spoon.
Pour the juice of the remaining lemon into the pan with the remaining bacon grease, stirring to combine. Let cook for a minute or so, until heated.
When the barley is done, drain off any remaining water, and toss it with the lemon and olive oil mixture.
In a large bowl, toss the barley, roasted tomatoes, blanched green beans, radish slices, and the warm lemon juice and bacon grease mixture.
Serve topped with the shrimp and with a good scattering of cilantro and mint. 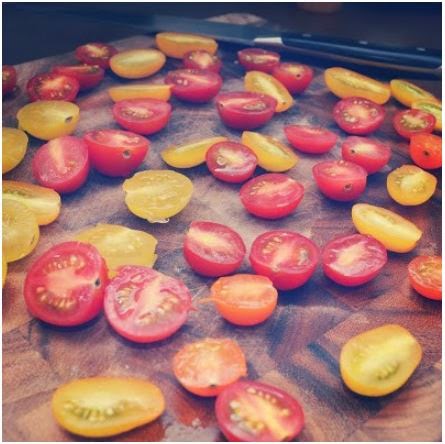