Last week, we checked another item off our ever-growing "Boston To Do List": we visited Night Shift Brewing! After enjoying a few of their beers this past year, we were pretty tickled to discover that the brewery is in Everett, just a few miles down the road from our house. It was the Saturday after Thanksgiving when we decided to pay Night Shift a visit.  We followed GPS directions until we turned into a semi-deserted construction area. The car rolled to stop, and my husband and I exchanged glances. We had to have taken a wrong turn. It looked like a prime location for a Jack Bauer chase scene rather than a brewery (can you tell we've been watching too many old seasons of "24"?). Just when we had decided we must be in the wrong place, we spotted a little sign on a telephone pole pointing the way to Night Shift Brewing. We weren't lost after all! 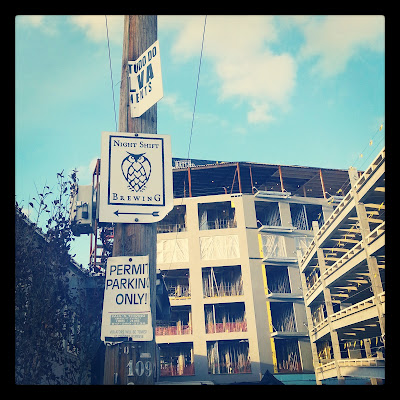 We parked the car and followed signs until we came to this door. It looks a little seedy on the outside, but don't let that scare you away. Inside and down a corridor, you come to the entrance of the brewery. 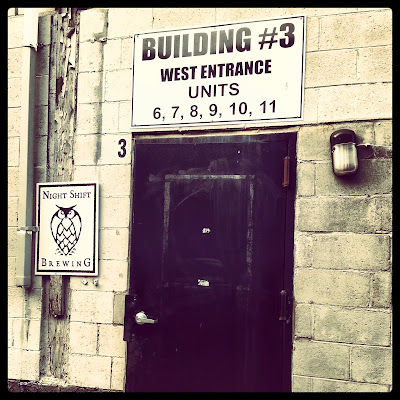 The first thing you see coming in the door is the bar where they sell samples or beer to take home. Shelves are filled with bottles and growlers, and an adorable owl statue collection is scattered around the building. To the left is the brewery area. Racks of barrels line one wall for barrel-aged beers, and brew tanks are visible in the back. And we weren't alone! Plenty of other folks were milling around the brewery, so we joined them at one of the tables to enjoy our flights of beer, four 4-oz samples for each of us. 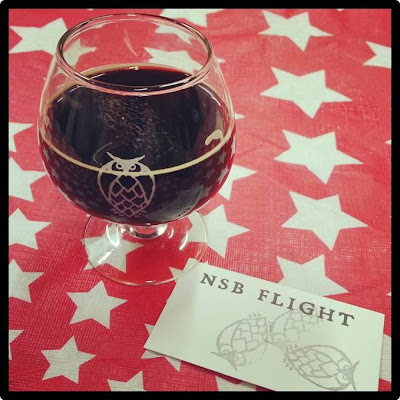 We tried the Seaglass, the Viva Habanera, the Taza Stout, Chinooknation, and the Mainer Weisse. We enjoyed them all, especially the Viva Habanera with its warming spiciness and the roasty chocalate Taza Stout, but our favorite was hands-down the crisp, sour Mainer Weisse aged with wild Maine blueberries and cinnamon. Sour beer is one of my favorite styles, and this one was one of the best I've had. I can't wait to try the Cape Codder Weisse aged with cranberries and orange that they'll begin selling this spring. 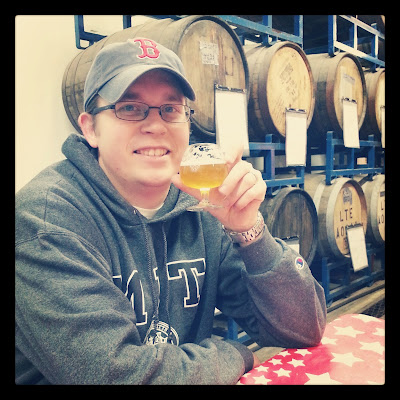 We had a blast visiting Night Shift and sampling their decidedly unique beers. We brought home a few growlers, and I look forward to filling them up repeatedly on future visits! 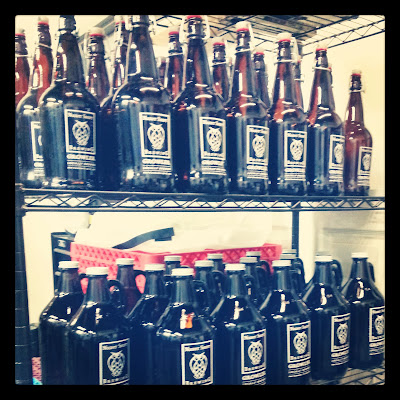