I hope everyone had a wonderful Thanksgiving holiday! Ours was a good one. It was a quiet celebration this year, just the two of us. While we missed being home with our families, it was nice to spend a relaxing weekend together with no hectic travel involved.

Thursday morning started off with us preparing the turkey and my husband getting the smoker going. We used a simple but flavorful rub of rosemary, thyme, sage, garlic powder, salt, and pepper. Combined with the mesquite smoke, it was a heavenly combination. 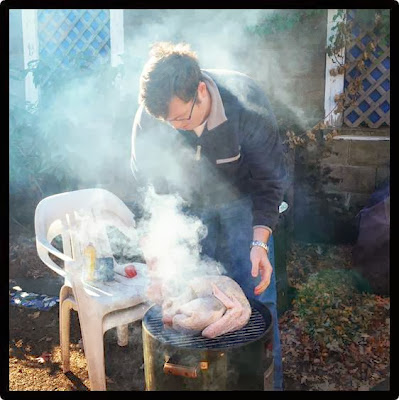 Before and after shot of the turkey! Yum! 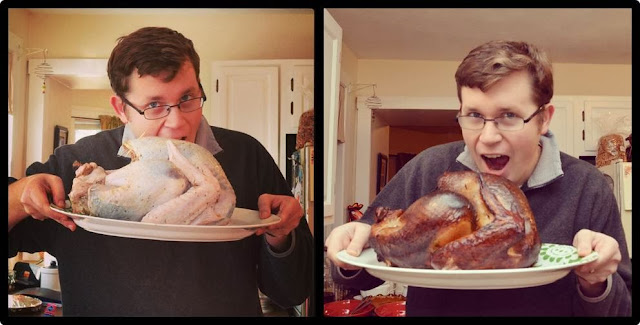 I set the table with a brown table cloth, orange napkins, two china place settings (Lenox Hannah Gold, a retired pattern that I snagged for $5 each!), the antique green cut-glass glasses that I bought last week at Farm and Fable, candles, and a centerpiece of fall fruit and greenery. 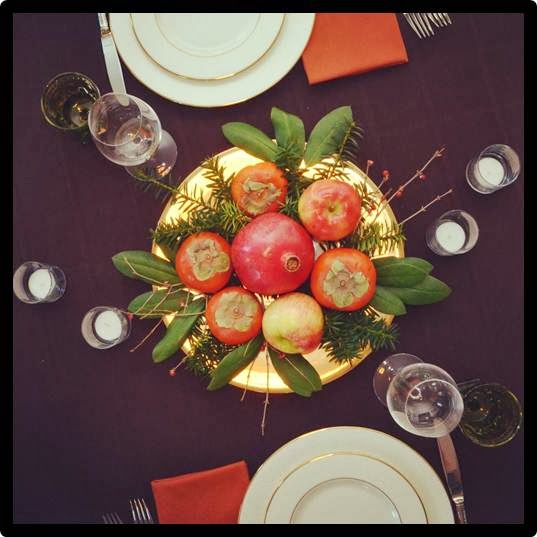 I really loved how the centerpiece turned out. Who knew persimmons, apples, a pomegranate, and some greenery from the front yard could look so pretty! 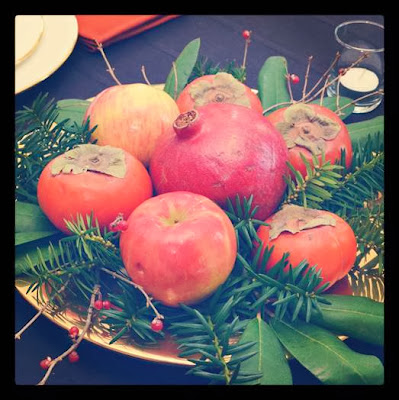 After puttering around the kitchen all day, watching as much of the James Bond TV marathon as we could manage (one of my favorite holiday traditions), and calling our families, everything finally came together for dinner. The turkey was off the smoker and resting. The cranberry sauce was chilling in the refrigerator.  The gravy was simmering on the stove. The cornbread dressing and green pea casserole were ready to come out of the oven. The mashed potatoes were mashed with a generous amount of butter and cream, and the seared brussels sprouts were ready to be tossed with crispy bacon and toasted almonds. 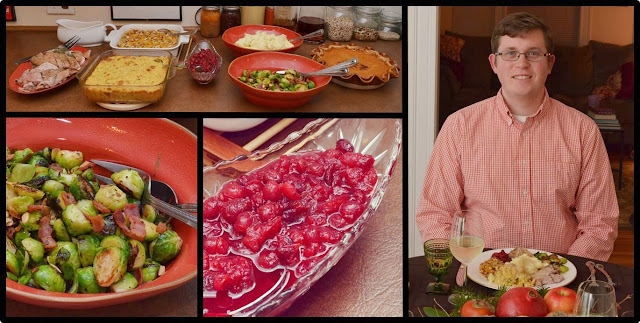 My husband carved the turkey, I poured the wine (a delicious Spanish white, Ameztoi Txakoli), and we lit the candles. Then dinner was served! After clinking glasses and taking a moment to be thankful, we dug in! 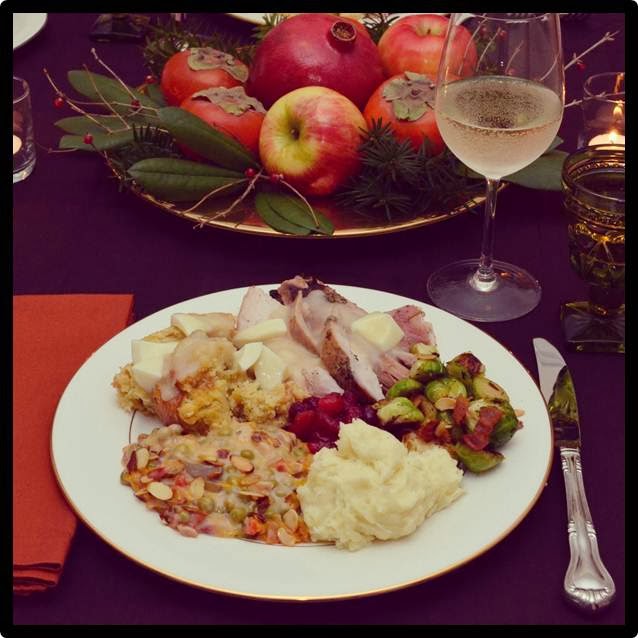 This was our very first Thanksgiving to cook entirely on our own, and we were excited that it turned out so well. After dinner we had just enough room left for a sliver of pumpkin pie. We lingered at the table for a while once our plates were cleared, sipping the last of our wine and talking. Once we finally cleared the table and washed the dishes, we collapsed onto the couch in a heap and spent the rest of the evening watching more Bond movies.

The rest of the weekend was quiet as well. We ate lots of leftovers: Turkey Terrific sandwiches with turkey, cranberry sauce, dressing, mashed potatoes, and gravy on potato rolls, Cranberry Sauce-Brie Grilled Cheese Sandwiches, Leftover Couscous Salad, and a big pot of Turkey Gumbo.  We watched movies. We watched a large chunk of "24" Season 5 (We're working our way through the seasons. And for the record, I do not like President Logan). We worked on a craft project (more on that later). We visited a new-ish local brewery, Night Shift Brewing (more on that later as well). 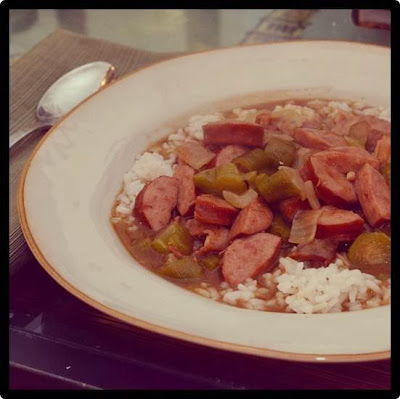 And last but not least, we put up our Christmas decorations! It's officially "the most wonderful time of the year!" 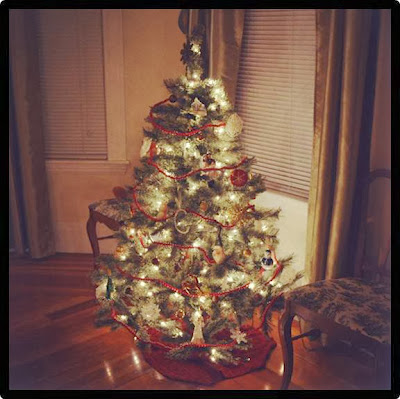