Sunday night, we returned from a quick trip to New York City. In our 48 hours in town, we squeezed in as much fun as we could manage (this usually took the form of food) and had a great time! Most notably, I achieved what can only be described as a dream come true -- seeing Ewan McGregor perform on Broadway!  So without further ado, here are the highlights from our getaway:


1.Dinner at Gramercy Tavern
Gramercy Tavern seems to be an institution in the New York dining scene, and I was thrilled when I managed to get a reservation for Friday evening. We each ordered a 6-course tasting menu, one Seasonal (including meat and seafood) and one Vegetable, and we shared each plate. What an absolute treat! The food was fabulous and so beautifully plated, the wine recommendations were excellent, and the staff was incredibly warm and friendly. 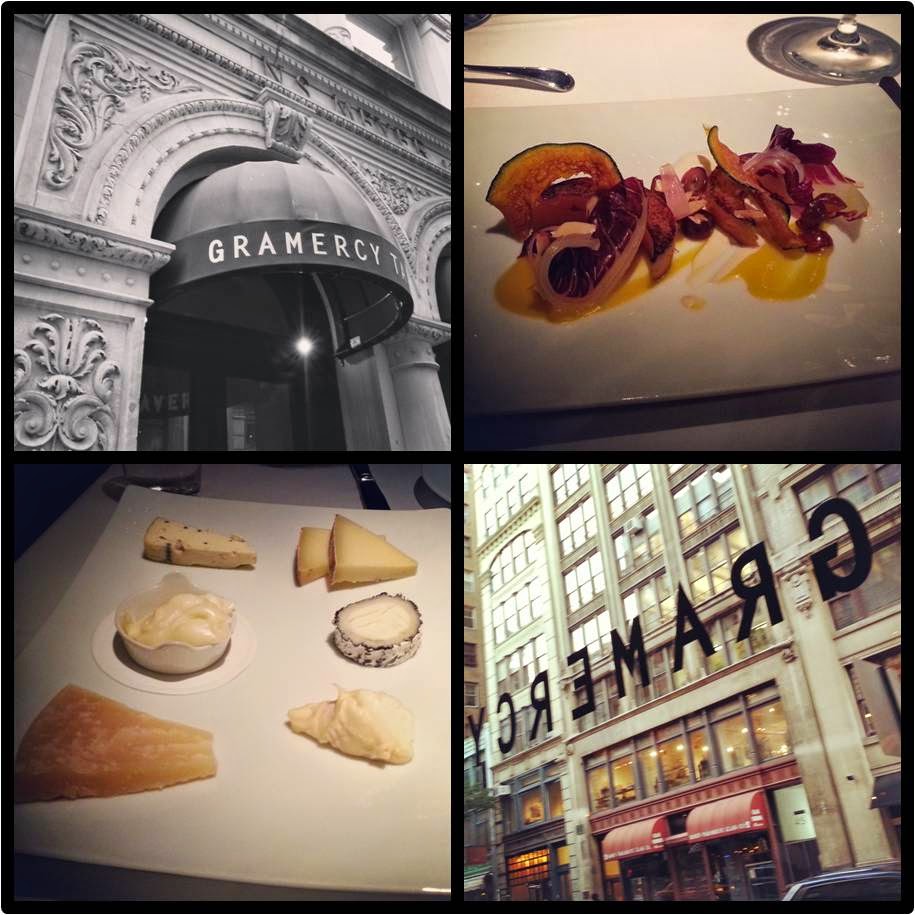 After the relaxed meal drew to a close, some of our favorites were an oyster chowder with trout roe, a plate of radishes and turnips (surprisingly my favorite dish of the night), a fried green tomato, the seared duck breast, and an ash-rind goat cheese. We were even sent home with pastries for breakfast the next morning! 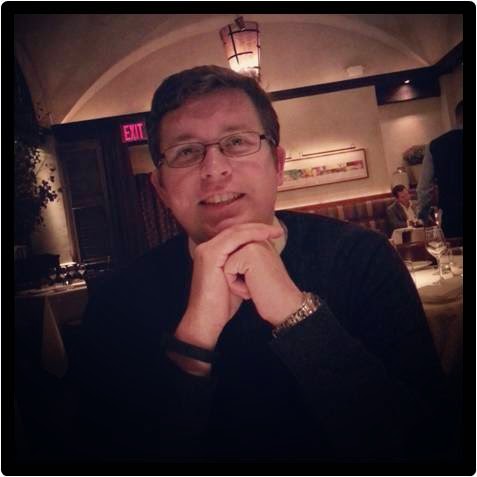 2) A beer at Auger's Well
After dinner and a failed attempt to visit Death and Company for cocktails (we weren't up for a multiple hour wait), we ducked into the nearby Auger's Well, a tiny little place pouring interesting local craft beers. We loved the Kim Hibiscus Sour from Queen's brewery SingleCut (a new one to us).
3) Breakfast at Russ and Daughters Café
I was never up for standing in line at the original Russ and Daughters, frequently lauded for making some of the best bagels and smoked fish in NYC, so I was incredibly excited when they opened a sit-down restaurant. Finally I could see what all the fuss was about! We started with a first for me, Matzo Ball Soup. Not quite breakfast fare, but gosh was it good. It's basically the Jewish answer to Chicken and Dumplins right? 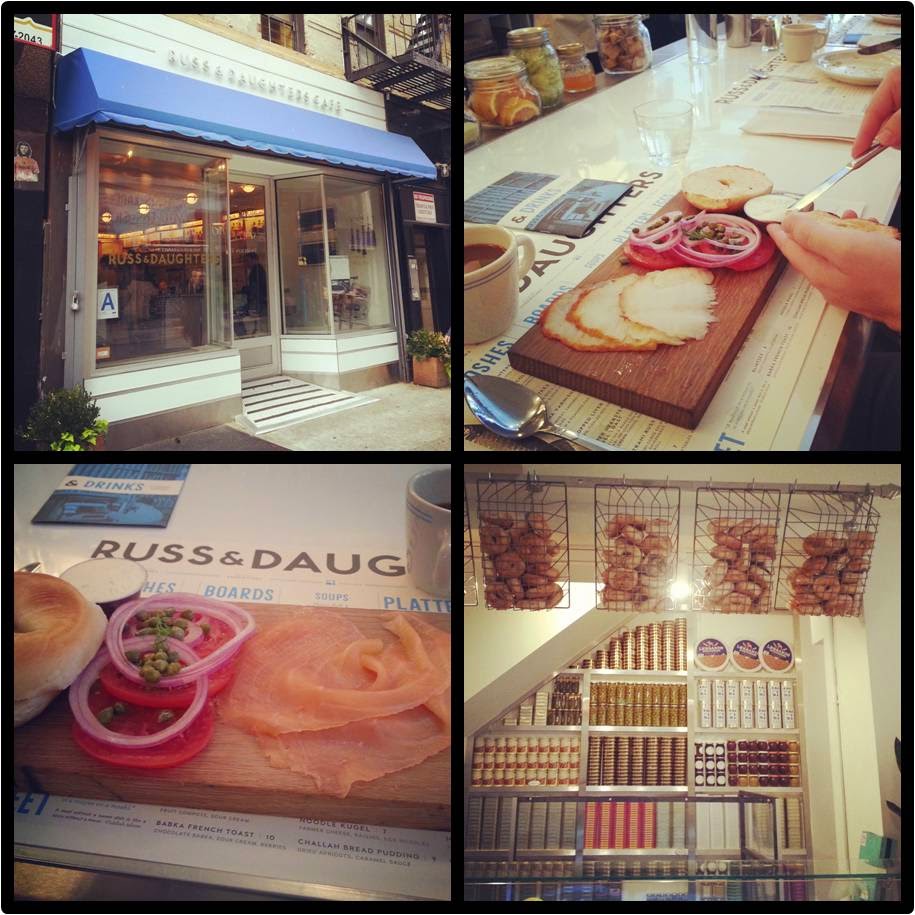 Next, we tried the classic bagel and smoked fish boards. I went with the smoked salmon (The Classic) while my husband tried the smoked sable (The Shtetl). We topped our toasted plain bagels with a thin layer of cream cheese, strips of the delicately smoked fish, tomato slices (perfectly ripe somehow in the middle of October), and a sprinkle of capers. I ditched the onion, because, to me, it overpowered the fish which was so good, that I had to eat a few bites of it all by itself. During breakfast we even caught the end of a proposal. When they entered the cafe, everyone broke into applause and cheers! 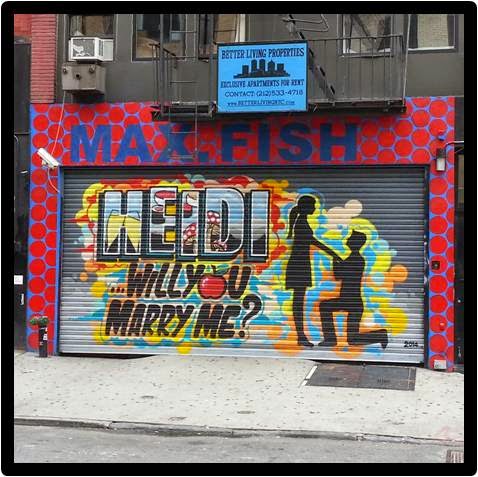 4) Coffee at Berkli Parc
After breakfast, we needed more coffee, so we spent a lazy morning chatting over lattes in wine glasses (??) at a cute coffee shop down the street from Russ and Daughters Café. 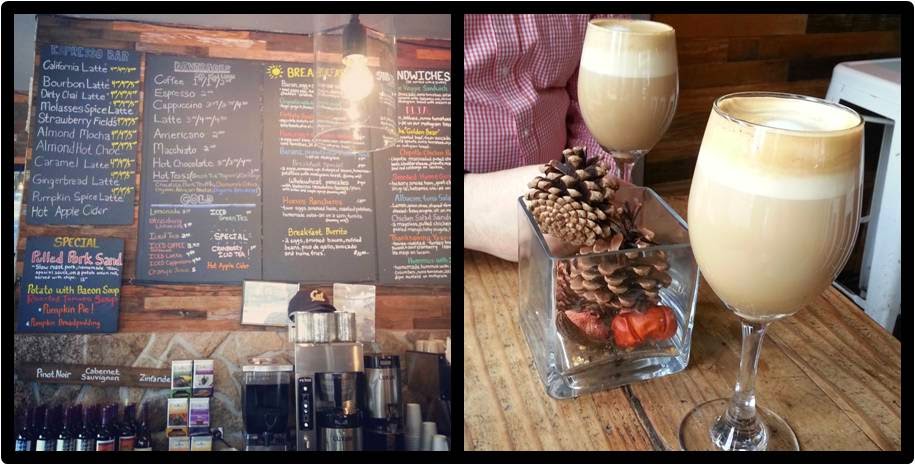 A confusing Subway ride and a short walk later, we arrived at a fountain ringed by autumn trees, just in time for lunch. Luckily, we were right across the street from one of the best pizza joints in Manhattan (or so we've read). 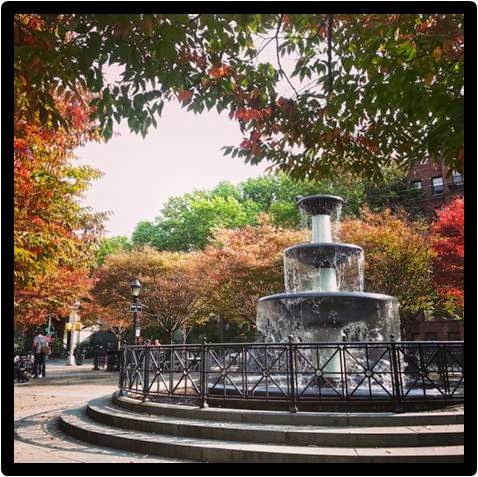 5) Joe's Pizza
I'll be the first to admit that I'm no connoisseur of New York pizza (heck, I grew up eating Domino's), so I can't definitively confirm that this is indeed the best pizza in Manhattan. But I can tell you that we loved it. So much so that we returned to the counter for a second slice. I know the crust is supposed to be a big factor in New York pizza, but I think my favorite thing is how light and...zesty?...the sauce is. Whatever the secret is, I like it! 6) The Friends building!
Since it's only a couple of blocks from Joe's Pizza, I couldn't resist finally paying a visit to the apartment building used in the exterior shots on Friends. Interestingly enough, there were quite a few other girls on that corner, all in their late 20s or early 30s. 7) Drinks at The Library at the NoMad hotel
Next we headed to The Library, a gorgeous bar lined with books. As it was still early, we had one of New York's premiere cocktail bards entirely to ourselves for an entire hour! Pretty incredible! We cozied up in the corner by the spiral staircase and whiled away the afternoon sipping cocktails. 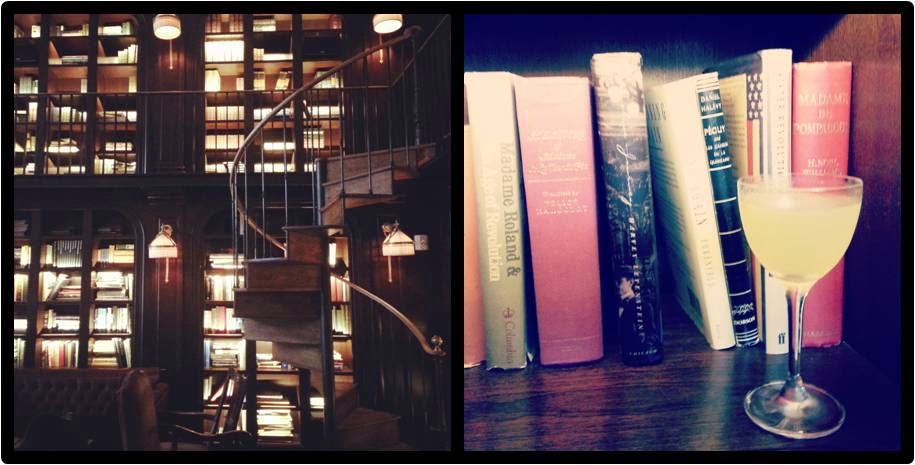 While all of the drinks were wonderful, our favorite two were hands-down The Jitney (mezcal, Campari, dry vermouth, coffee-infused dry vermouth, and absinthe) and the Loisaida Avenue (mezcal, tequila, Chartreuse, lemon, and angostura bitters). 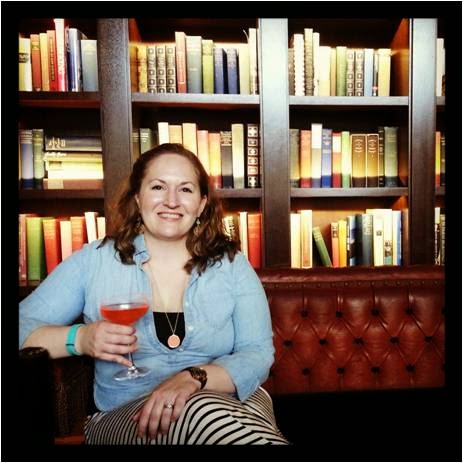 8) Dinner at Fedora
While not quite comparable with Gramercy Tavern, we enjoyed a pre-theater dinner at this cozy, bustling little spot. The local burrata drizzled with walnut pesto appetizer was fabulous, and the serving size was so generous that we couldn't even finish it! 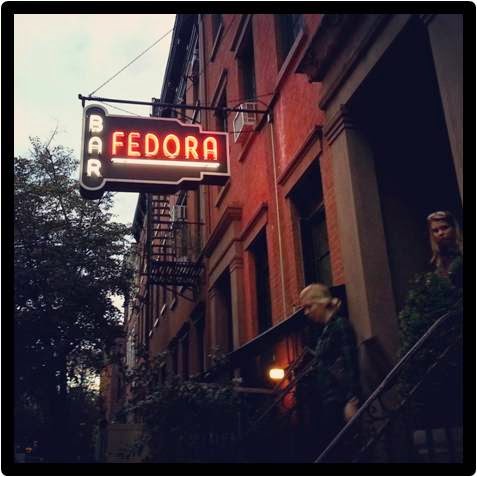 10) Ewan!
I don't even know where to start on this one. Ewan has been my favorite actor for about 15 years now. Saturday night still feels like something out of a dream. But what I can say is if you find yourself in New York before January 4th, please go see the Roundabout Theater Company's production of Tom Stoppard's The Real Thing! What a fantastic play! The cast is great (along with Ewan, Maggie Gyllenhaal was pretty phenomenal). The dialog is dense and quick and witty. You really have to pay attention, but it's so dang entertaining and funny and thought provoking. (And as an added bonus you do get to hear Ewan sing a little bit!) 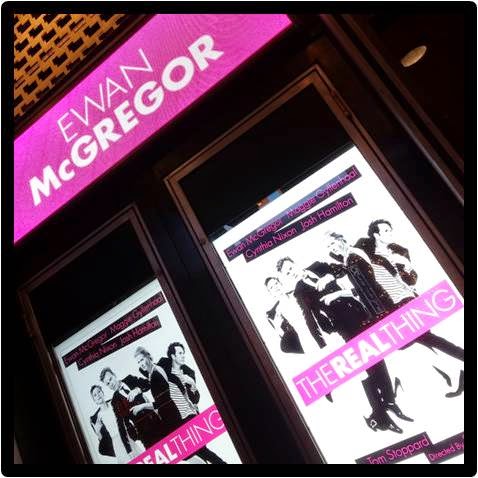 We just had the best time, and the play was over all too quickly. Afterward, we made our way to the stage door to see Ewan and for autographs. After Maggie and Cynthia Nixon made their exits, Ewan was the last to leave the theater (surprisingly along with John Krasinski and Emily Blunt, who made a quick exit in front of him). He kindly made his way around the group signing Playbills (even though some rude people pulled him away for a photo right as he was signing mine).  Once he finished, instead of ducking into a private car like the other actors, he hopped on his bicycle and rode away into the night. After watching him go, we made our way out of the craziness of Times Square and back to the quiet of our hotel room where I tried to process what all had happened that evening. 14 year-old me wouldn't even believe me if I told her! 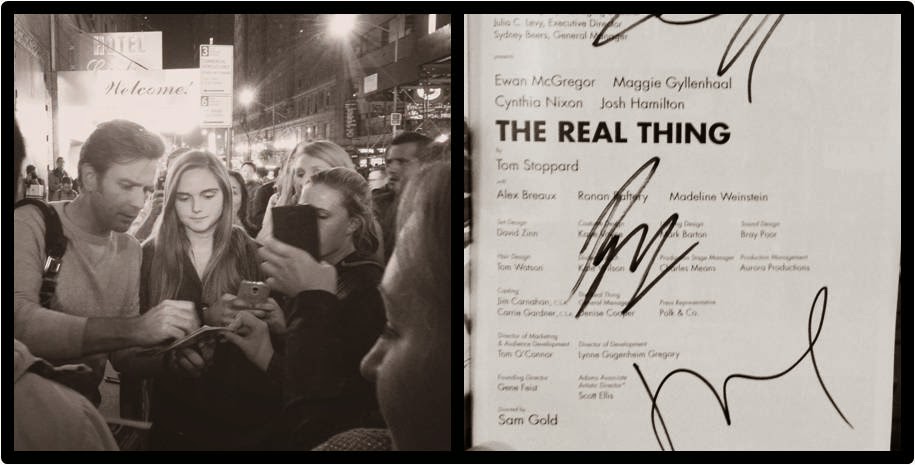 11) Catching up with Philip
Last but not least, we met up with my friend Philip for brunch at Jones Wood Foundry Sunday morning before catching our flight home. Philip and I grew up together, and I love getting to catch up with him whenever we visit New York!