Last weekend, we made the trek southbound on 35 to Austin so we could attend Grammy and Pampa's monthly "Last Saturday of the Month" get-together with the whole clan on my father-in-law's side of the family. It was our very first to attend, and with 24 folks in attendance, it was such a fantastic opportunity to catch up with the whole family! Moments like these are exactly why we moved home, and I'm so thankful for them! And as an added bonus, we got to have some fun in Austin! 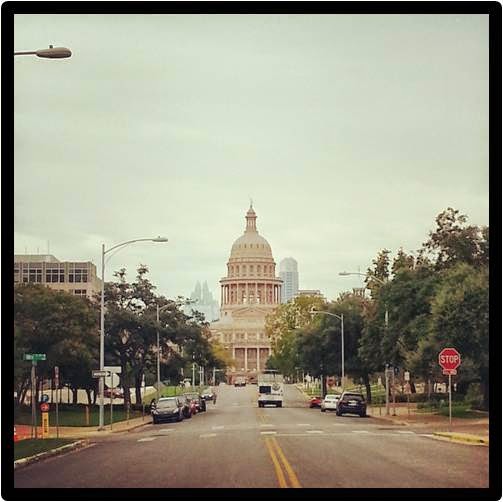 We drove down Friday afternoon with the puppy in tow, and he behaved like a champ for his first longest roadtrip yet. As we pulled into Lakeway, we promptly got stuck in Lake Travis homecoming traffic, but we finally made it past the stadium and pulled into Sandeez Hamburger Hut, one of the last Lakeway restaurants remaining from my husband's childhood. It's the cutest little place with picnic tables out front, and the burgers are just the greasy burgers you would hope for from such a place. You can go classic or you can go with something like my Guacaholic smothered with guacamole and queso. 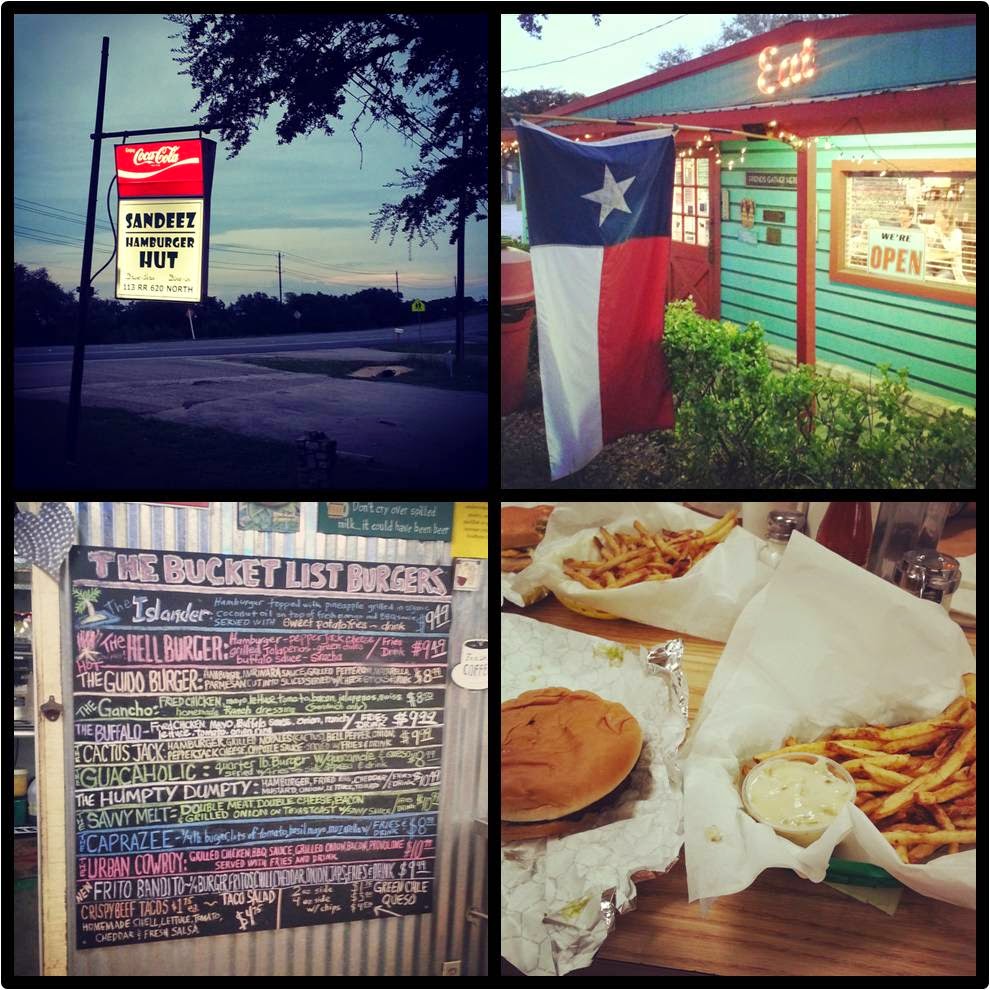 Saturday we headed into the Austin city limits to attend a book signing with Lisa Fain, the Homesick Texan, at the Byte of Texas book fair. I ran into a sweet friend from college, Kathryn, who was involved in the conference, and she was kind enough to bestow upon us an amazing goodie bag that was chock full of treats like Yellowbird Habanero Hot Sauce, Stubb's Wing Sauce, Michele's Granola, and little baby pies from Royer's Pie Haven. 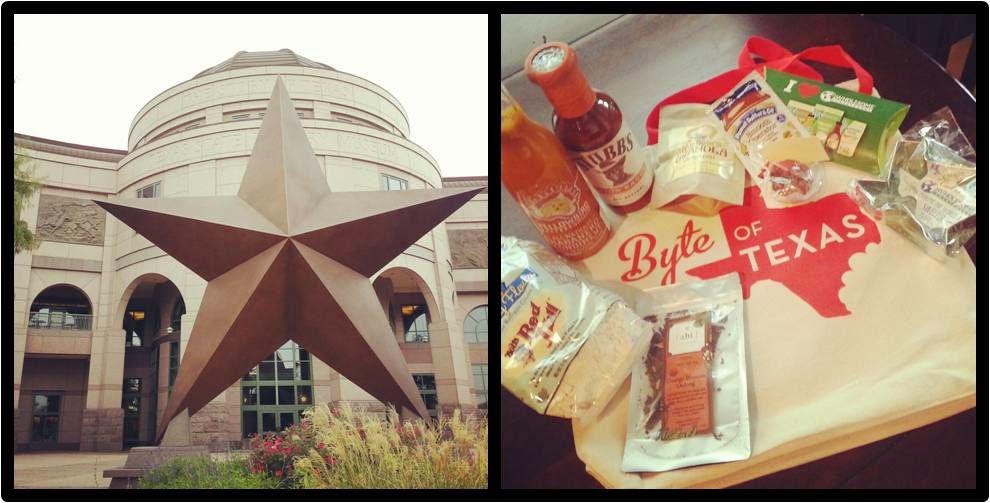 We lucked out and were the first people there for the signing, so we had a great time chatting with Ms. Fain until other admirers arrived. It was such a treat to meet her, as she and her wonderful stories and recipes were so instrumental in my survival away from Texas for so many years! 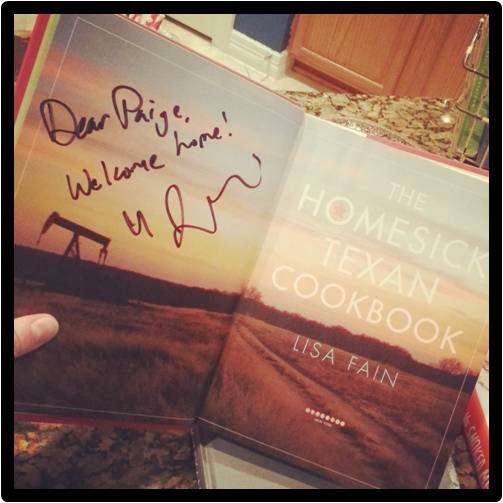 After the book signing, we popped into Freedmen's for some BBQ, because "when in Austin..." For those of you who, much like us, do not have the patience or the perseverance required to wait in a 3-4 hour line at Franklin, but still want to try a new BBQ spot in downtown, give Freedmen's a shot. The chopped beef sandwich was heavenly. Their sauce, while not necessary for the meat, is delicious with a great kick. They make their own pickled cucumbers, onions, and jalapenos that pair well with the meaty brisket. The pit chili is smoky and spicy and appropriately topped with fritos, grated cheddar, and a sprinkling of red onion. While very good, the cocktails probably won't change your life, but that chopped beef sandwich sure might! 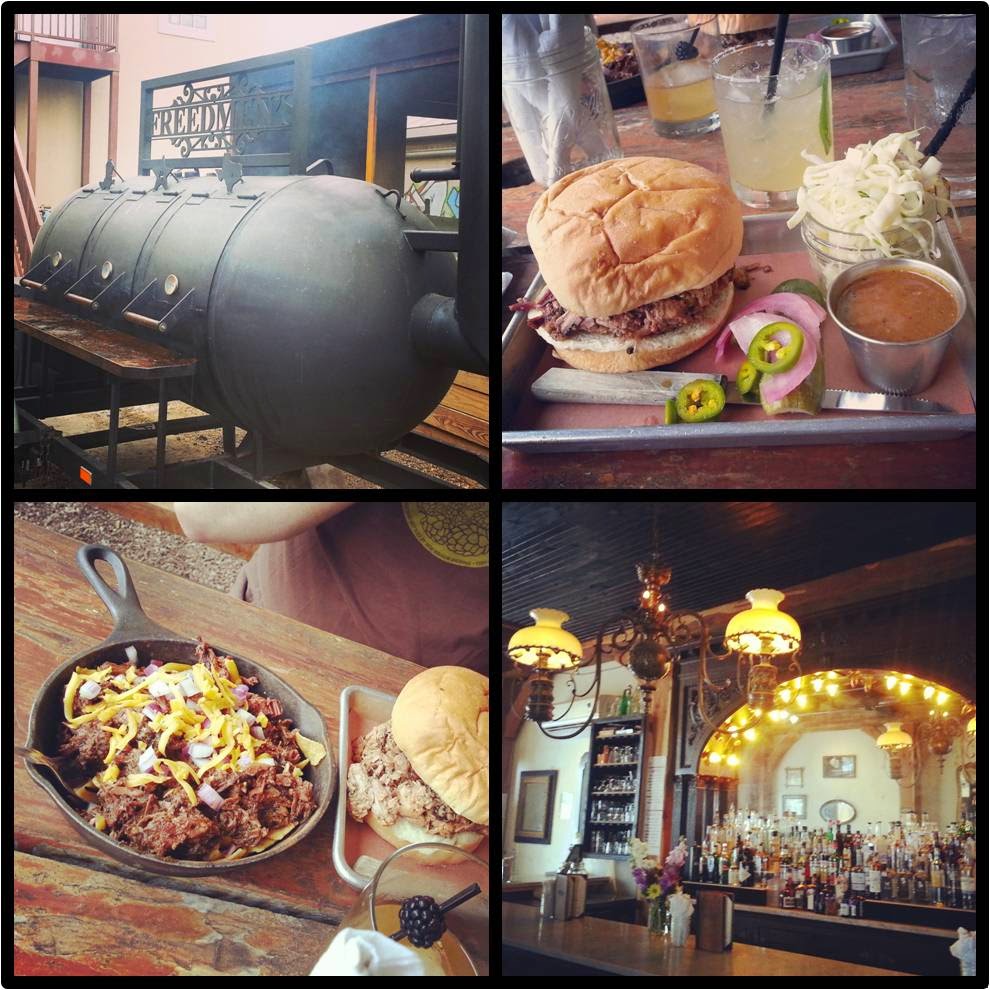 Gosh I love adventures with this guy! 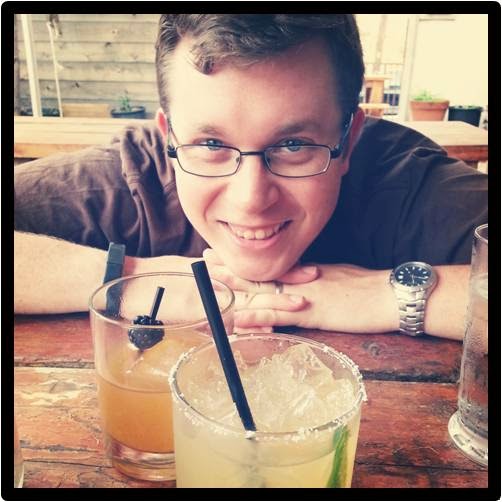 To ward off a meat coma thanks to stomachs full of chopped beef and chili, a pit stop at Quack's 43rd Street Bakery was in order. While I studied at almost every coffee shop around Austin during our time at UT, my most frequent haunt was Quack's, and it holds a dear place in my heart. I hadn't been back since before graduation, so it was a glorious reunion and walk down memory lane. I was relieved to find that the little coffee shop really hadn't changed much in the past 7 years despite how drastically Austin itself has changed. It's still a quirky spot full of quirky people, and they still make the best gingerbread cake I've ever tasted. 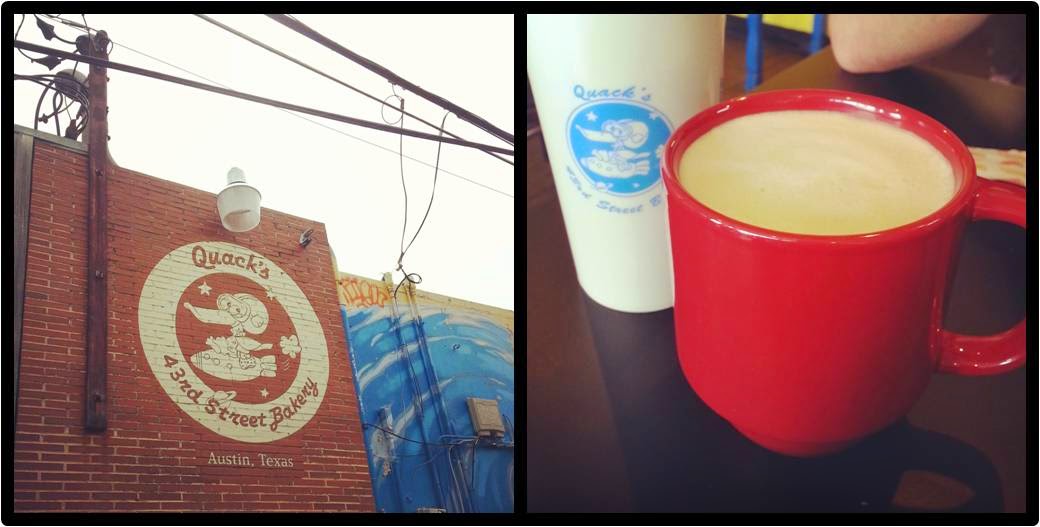 Once our coffee mugs were emptied, we headed back to Lakeway via another walk down memory lane, this time for my husband. First he took me to the base of the Lake Travis dam. Before the neighboring bridge was built, driving across the dam was the only way into Lakeway. In the base of that "new" bridge is a time capsule containing student contributions including one from my husband! Next, we went to the top of the dam where you can still see the little two lane road running its length (though gates now restrict access) as well as views of the lake. 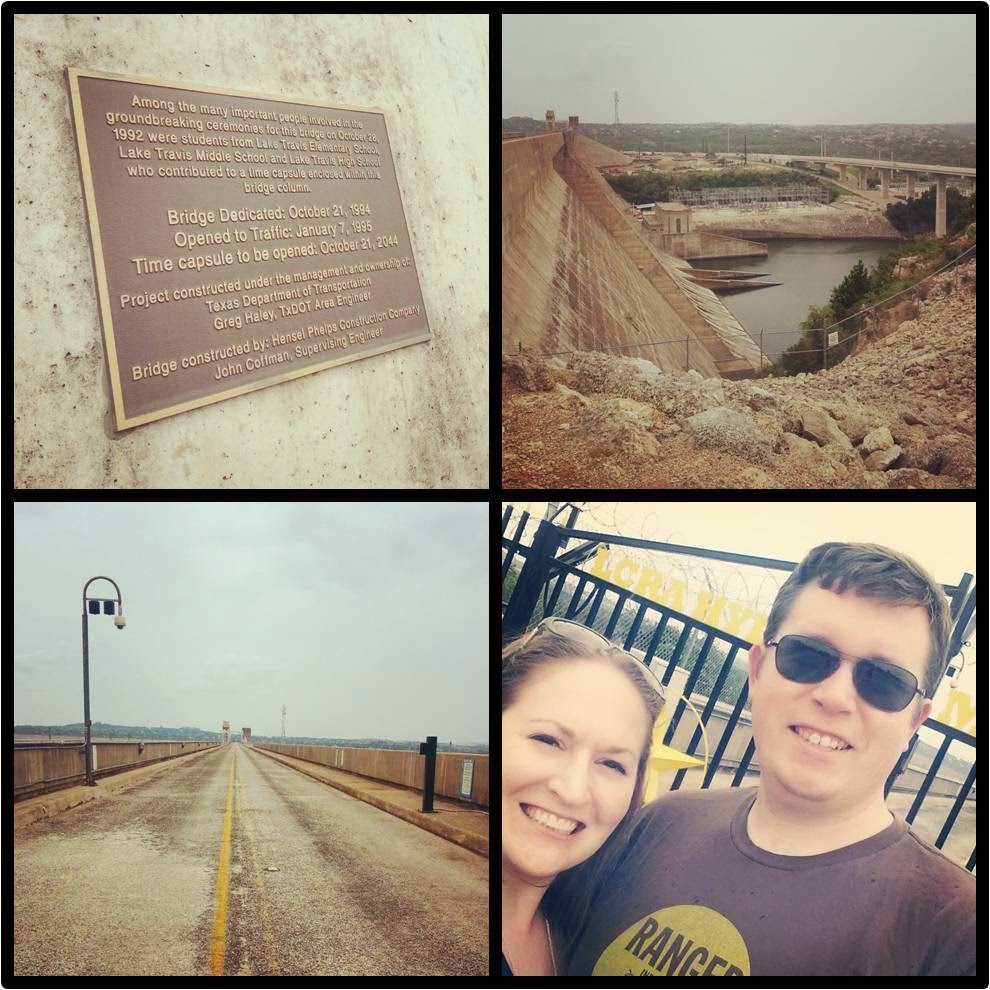 Finally that evening, we joined the family at Grammy and Pampa's for chicken spaghetti and family bonding. We brought Charlie with us, and he had a blast playing with the 5 great-grandkids, all under the age of 5. I've never seen him as pooped as he was after chasing them around all evening! We loved catching up with folks and finally being able to attend a family event rather than being "those weird cousins/grandkids/kids that live in Boston that never show up for anything." Like it or not, they better get used to seeing us a little more often these days!