It's back to the real world today after the holiday weekend. I hope that everyone had a wonderful Thanksgiving!  Our Turkey Day was full of food, friends, fun, some abysmal football, and then a little bit more food. Since we'll be making the long trek to Texas for Christmas, we stayed put for Thanksgiving, as we have for the past couple years. We were lucky enough to spend the day with the most lovely and gracious hosts, the Ranges.

Our main contribution to the feast was a smoked turkey, which meant that Thursday began really early for us. My husband may look a little sleepy in the photo below, but smoked meat is always worth a little sleep deprivation. 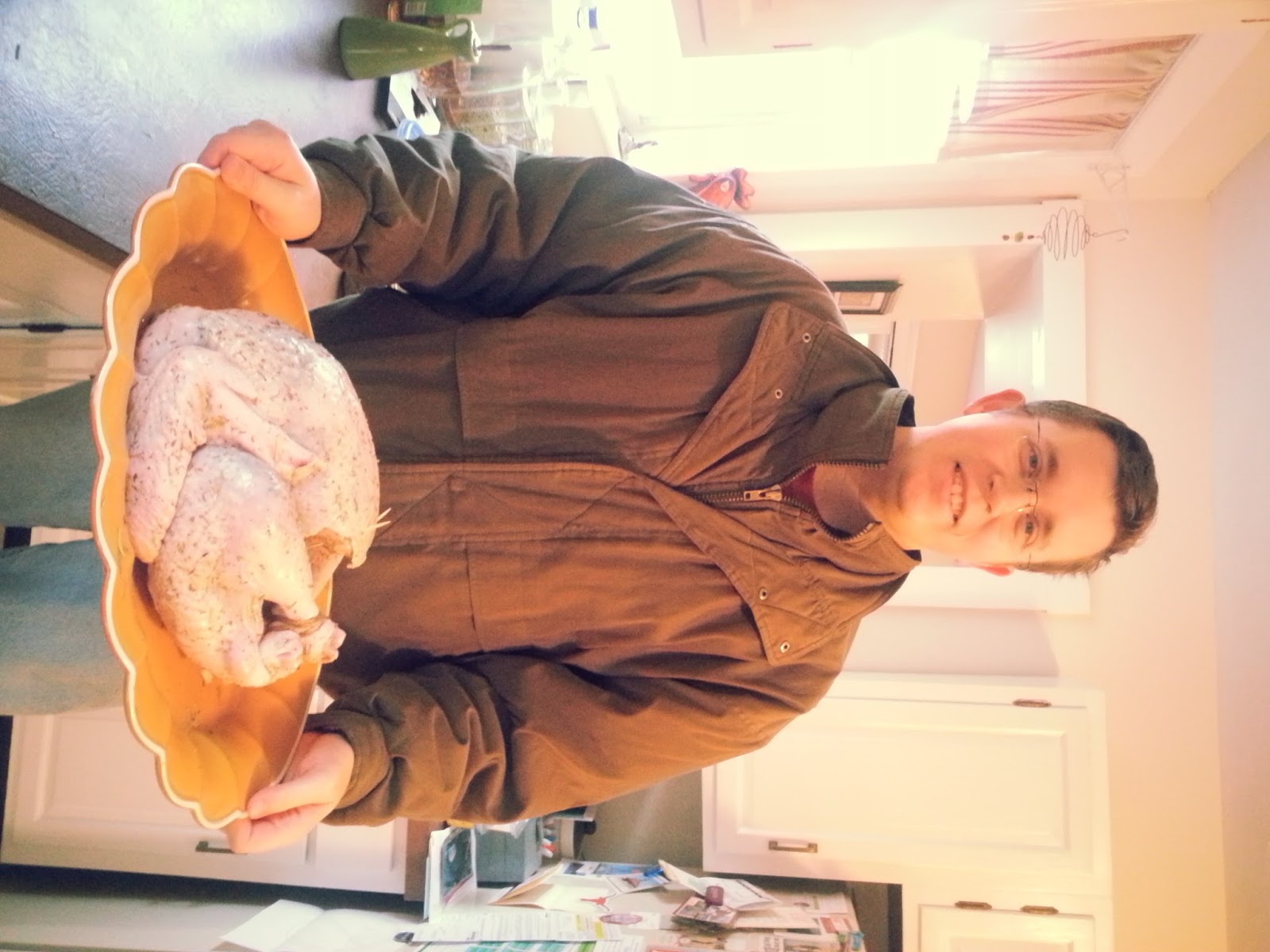 After getting the smoker fired up and rubbing the turkey down with an herby mix of sage, rosemary, thyme, garlic, salt, and pepper, we placed the bird on the smoker. And then we waited. About 6 hours later, it was a sight to behold (and to smell). The wood smoke combined with rosemary was enough to make your mouth water. 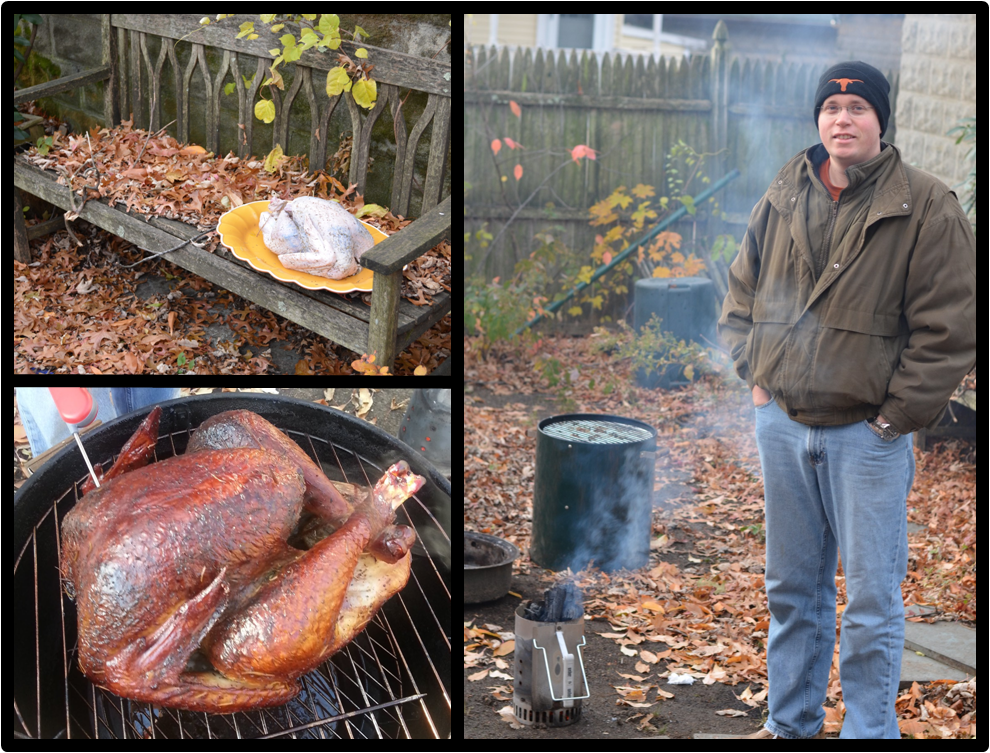 As meat smoking is really my husband's territory, I busied myself in the kitchen to prepare the cornbread dressing and homemade cranberry sauce. I used our family cornbread recipe studded with finely diced celery and onion and jazzed up with a bit of poultry seasoning to make the dressing. As it bakes, the familiar smell is enough to transport me back to my mom's kitchen, evoking warm memories of holidays with the family.

I used fresh Cape Cod cranberries, Texas oranges, and a mix of brown and white sugar for this cranberry sauce -- just sweet enough to balance the delicious tartness of the cranberries. I've always been firmly entrenched in the canned cranberry sauce camp, but this recipe was good enough for me to make room for both on my plate. 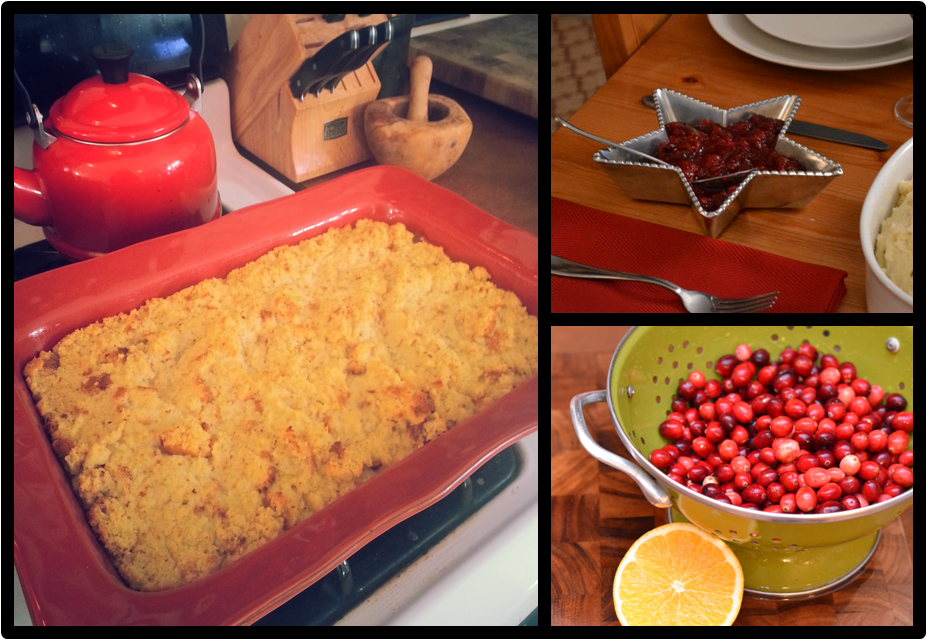 Once we pulled the turkey off the smoker using these bad boys (if the man in your life likes to smoke or grill, you might want to invest in these. Hilarious and useful.), we loaded up the car and headed over the river and through MIT campus to get to Brad and Ashleigh's. This is their fantastic view of the Boston skyline. I'm very jealous. 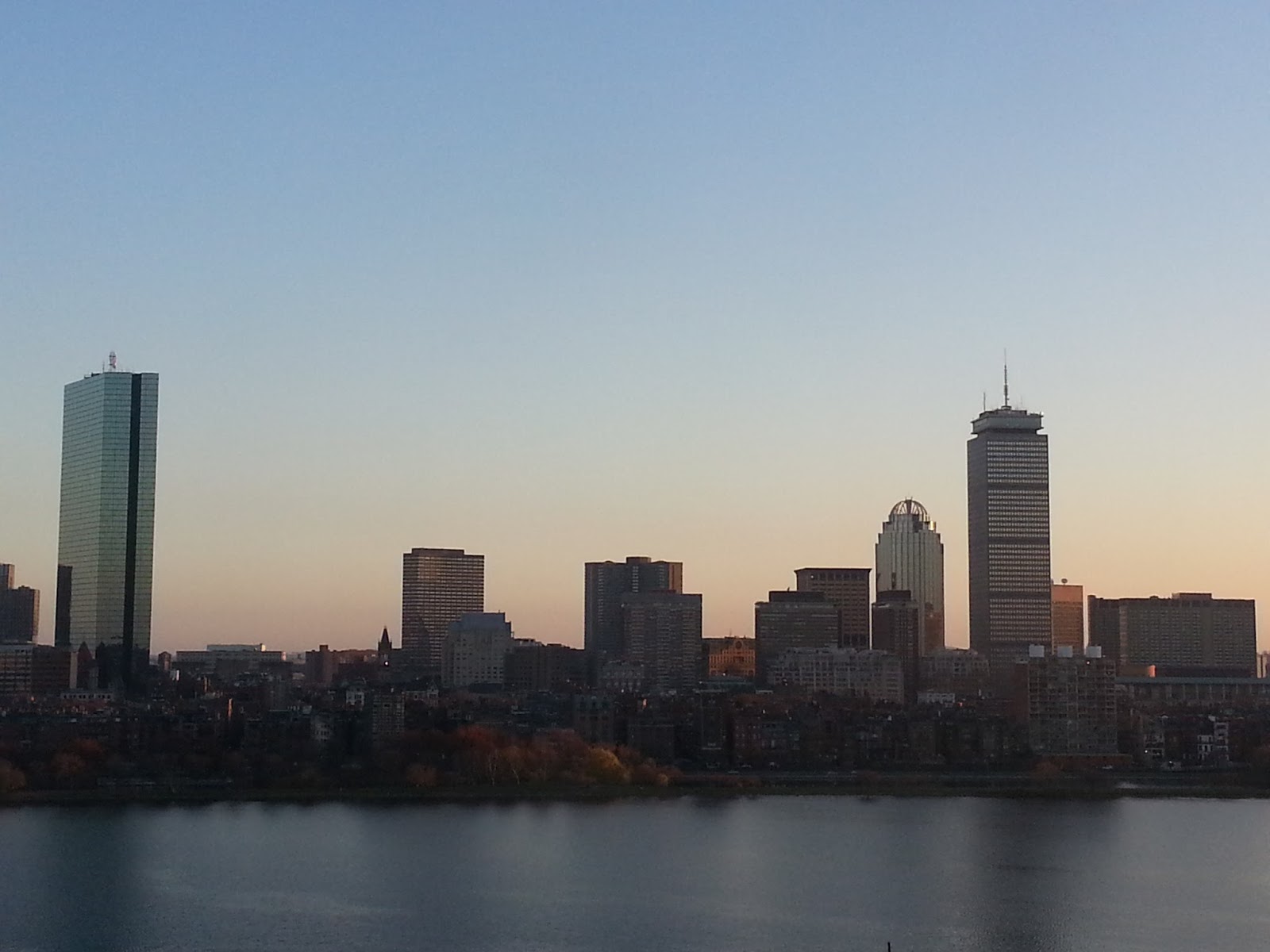 After hugs were given all around and arms were emptied of food, we watched some of the Macy's Thanksgiving Day Parade and a little football while putting the finishing touches on dinner.  Finally, the turkey was carved (with each of us sneaking little morsels of meat straight from the bone), the gravy was thickened, the wine was poured, and dinner was served!

We had quite a spread, especially for four people, and we made a very respectable dent in it. The menu featured a spinach salad with walnuts, cranberries, and feta (a little green to balance an entire plate of varying shades of brown), sweet potato casserole, mashed potatoes, cornbread dressing, green bean casserole, cranberry sauce, crescent rolls, and turkey and gravy. It was amazing! 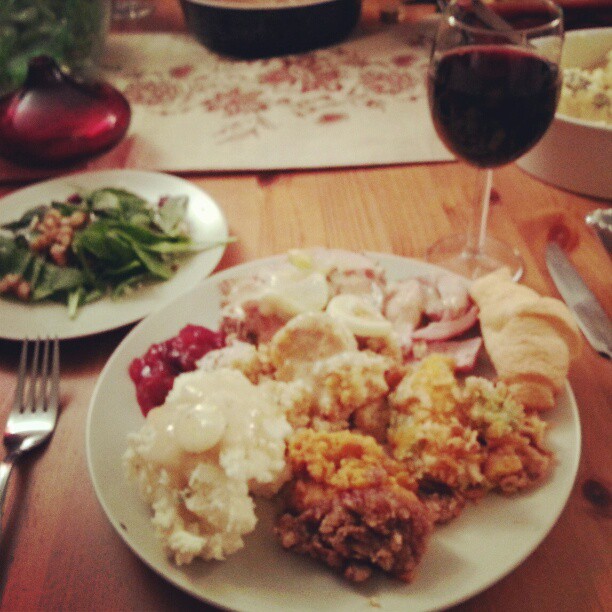 Eventually, we pushed back our chairs and rolled ourselves over to the couch to watch the Cowboys lose. Luckily, Ashleigh made the most beautiful apple pie and homemade whipped cream served with vanilla ice cream to drown our football sorrows.

All in all, it was a wonderful day with friends who made us feel like we were right at home. We have so much to be thankful for! 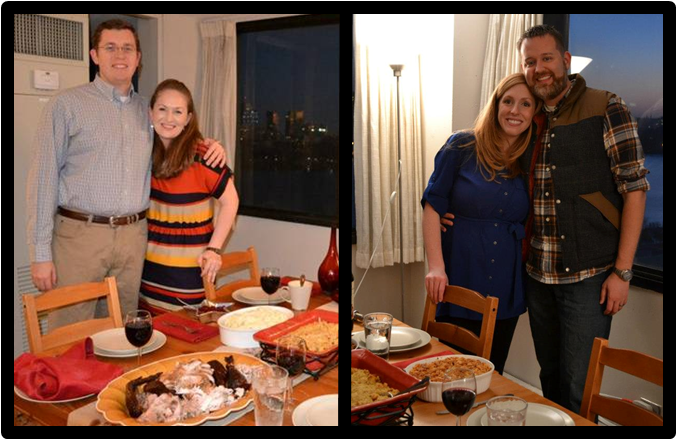