It's nothing flashy or glamorous, but Potato Leek Soup is one of my favorite soups. It's simple, it's creamy, it's a cinch to make, and you can stir bacon crumbles into it. What's not to like? Grab a glass of wine and some warm crusty bread (after all, you'll need something to mop up any last remains of soup...spoons can only do so much), and you've got yourself a well-balanced meal. 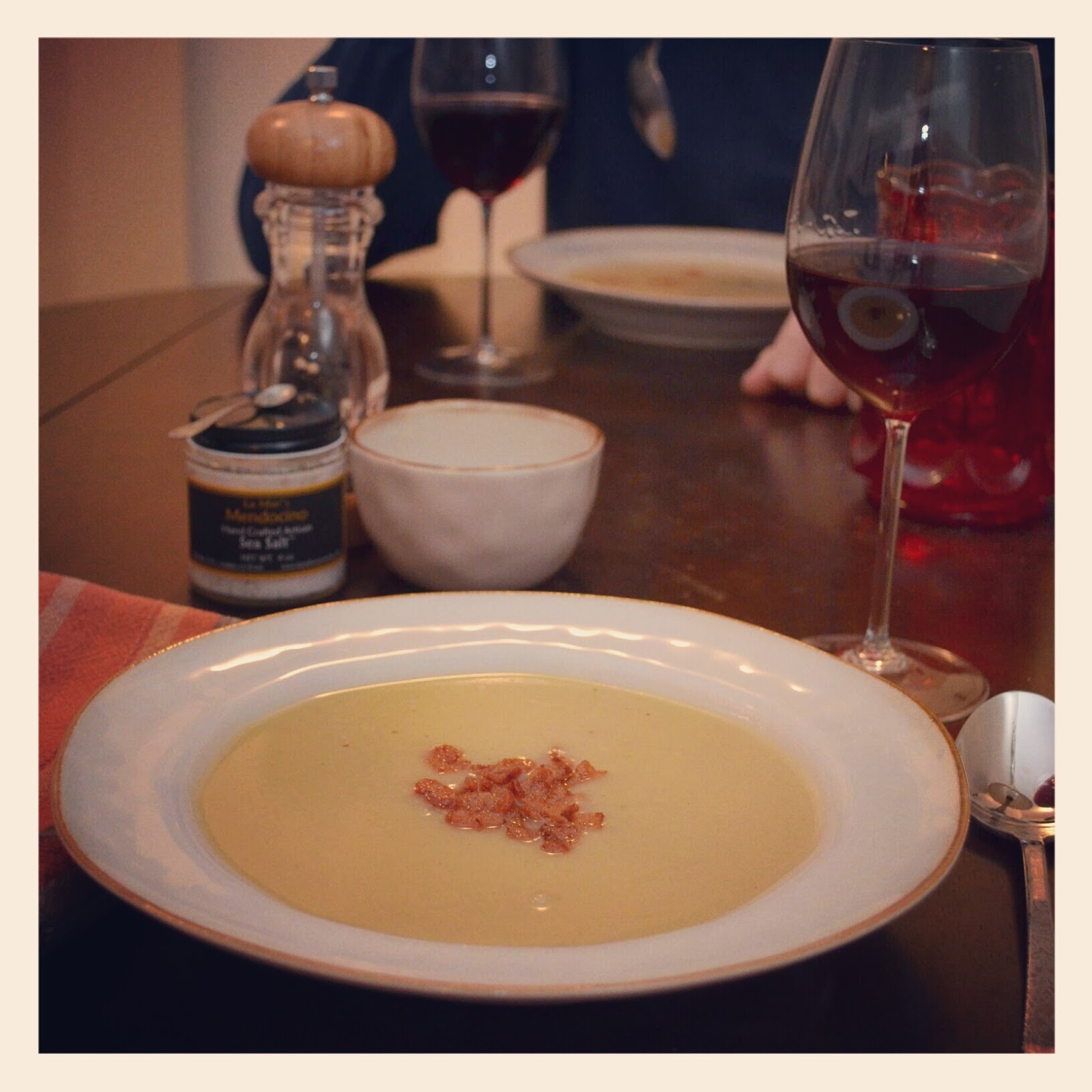 
Directions
In a dutch oven or soup pot, fry bacon until crisp. Remove with a slotted spoon or tongs to a paper-towel lined plate to drain. Scoop out excess bacon grease, leaving about 1 Tb in the bottom of the pot.

Add leeks and garlic to the pot and season with salt, pepper, and a pinch of thyme. Cook on medium heat for about 10 minutes, until softened.

Add potatoes, chicken broth, water, and bay leaf. Bring to a boil and then cover, reduce heat, and simmer for about 20 minutes, until potatoes are soft.

Remove bay leaf and then puree soup with an immersion blender (I usually do this in a separate bowl) or food processor, and return to the pot. Season with salt and pepper to taste. Serve topped with bacon crumbles.
Posted by Paige at 1/09/2013