On Wednesday my husband and I had a mid-week date night, which is pretty wild and crazy for us. Usually we're fairly boring during the week, preferring to just cook dinner together and then curl up on the couch to catch up on TV shows.  But this week, we had a concert to go to! Ramin Karimloo, a singer from the West End (London's Broadway), was in Boston on his "Broadway to Bluegrass" tour.

I originally learned about Ramin while following the career of Hadley Fraser. I fell for Hadley and his simply amazing voice when I saw him as Marius in "Les Miserables" 10 years ago in London.  Last year, I was lucky enough to see him return to "Les Mis" and steal the show as Javert.  Hadley and Ramin have performed together in various productions and are the singing/song-writing duo behind the band Sheytoons. While Hadley is my favorite, I was excited to see Ramin perform for the first time.

Before the show, we tried Veggie Planet, a cute little hole-in-the-wall vegetarian restaurant.  I got a tart summery Raspberry Lime Rickey and the Portobello Redhead pizza (their items are served over either pizza or rice).  Topped with portobellos and onion, blanketed in romesco sauce, and dotted with goat cheese, it was very good (though maybe a little too oily). 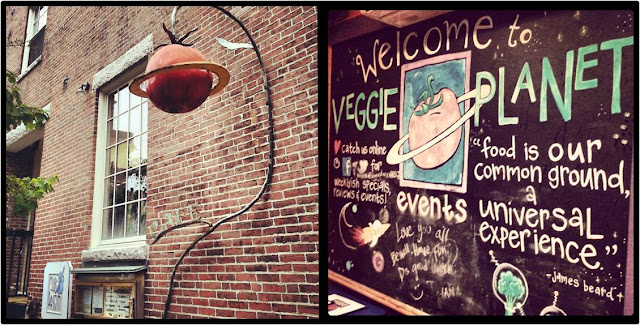 After dinner, we stopped into Algiers to share a pot of tea.  Named after Algeria's capital city, it's a coffee shop specializing in Middle Eastern food. Almost hidden in a typical Harvard Square red brick building, you step in and feel transported -- the decor is eclectic, colorful, and quite beautiful. There's a downstairs seating area, but I prefer to head upstairs to their lovely second floor with a high dome ceiling, large windows, Middle Eastern artwork, and even a little outdoor deck area. 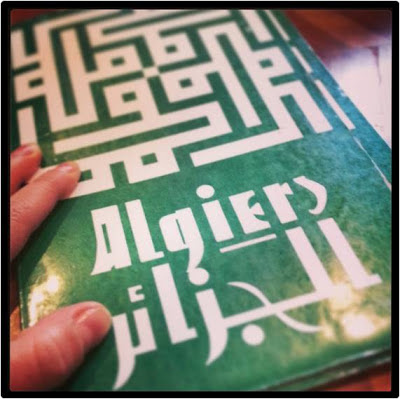 The service is almost ridiculously slow, but if you aren't in a hurry, both the food and drinks are very good. I absolutely love their mint tea and their lamb kebab sandwich wrapped in a fresh pita.  We finished our little pot of mint tea and made our way to Regatta Bar, excited for the concert to start. 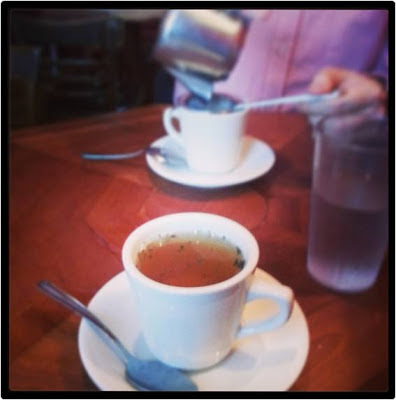 Ramin put on a fantastic show with some very talented musicians backing him up, including a Texas fiddle player with some real chops. The "Broadway to Bluegrass" concept may sound like a weird one, but they totally made it work, playing arrangements of showtunes with a bluegrass flair. Ramin about brought the house down with a moving rendition of "Bring Him Home" from "Les Miserables," and I particularly enjoyed "Broken", a Sheytoons number (sadly lacking Hadley's vocals). 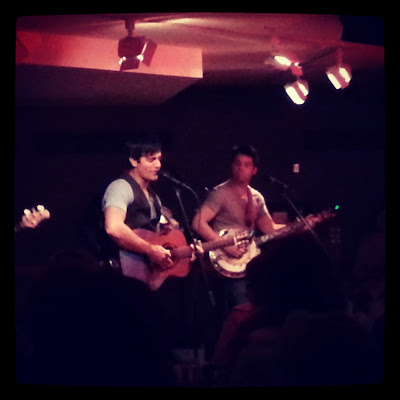 I was pretty tired at work on Thursday morning, but it was worth it for a fun night on the town!  Now it's time to gear up for the long Memorial Day weekend.  Tonight we go to the last ballet of the season (Coppelia), and we'll spend the rest of the weekend celebrating and cooking out with friends. Wishing everyone a very happy Friday and a wonderful weekend!