Sunday was a beautiful day in Boston. It was warm but not hot, blue skies, and breezy. We were headed to Fenway for a Red Sox game, but we needed lunch first. Since we wanted to park along the Green Line, I had a stroke of genius. Why not drive over to Allston, a rather inconvenient location for us normally, and check out a new-ish restaurant called Lone Star Taco Bar? 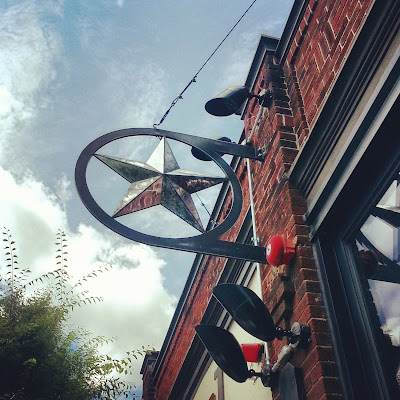 I read about it a while back, a little spot opened up by a Texan and a Californian (the same folks that own Deep Ellum next door, named after a neighborhood in Dallas), serving up tacos and margaritas. They had me at "tacos." And at "margaritas." Always missing the flavors of home, I had been dying to give it a try! We walked in to the relatively obscure spot (there's no real sign -- just a star jutting out from the top of the building and a chalkboard on the sidewalk) and grabbed two seats at the beautiful pewter bar top. 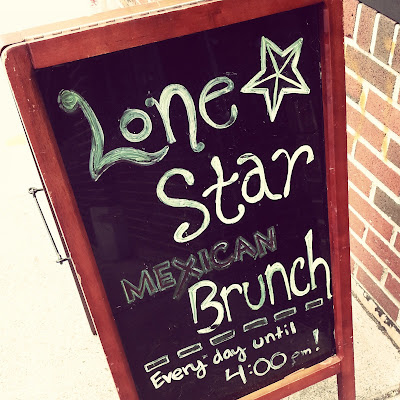 We browsed the menu, and when our eyes landed on the "Chili con Queso", wide smiles broke out on our faces. Because if there's one thing that's kryptonite to a Texan, it's queso. When our order arrived next to a pile of homemade tortilla chips, we dug right in. Now, as much as I love the classic combination of Velveeta and Rotel, this was next-level queso. Made with real cheese and chock-full of chiles, it was perfectly cheesy and spicy and delicious. 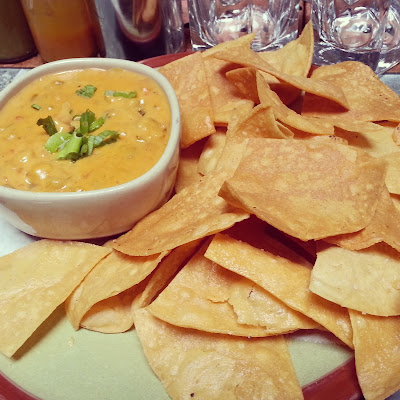 Next we each ordered a Carnitas taco and a Dallas Spicy Beef taco along with margaritas. My house margarita was just a touch sweeter than I like, but it's still the best margarita I've had in Boston (outside of our own kitchen).  My husband's breakfast margarita, a creative twist on the original, was fantastic with St Germain and grapefruit thrown into the mix.

Our tacos were even better than the drinks, served along with two homemade hot sauces (the green sauce with agave was a bit too sweet, but we really enjoyed the sweet potato habanero sauce). The Carnitas tacos were fall-apart tender and paired perfectly with tangy salsa verde and queso fresco. The Dallas Spicy Beef were gloriously messy and spicy on lightly fried corn tortillas. 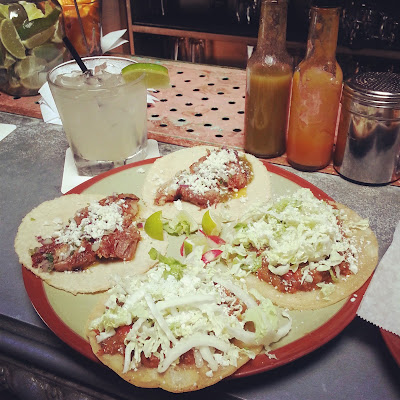 Lone Star Taco Bar gets four whole-hearted thumbs ups from my husband and I. If you close your eyes, you can almost imagine that you're back in Texas, because it tastes like home. If I could give the owners a big hug, I most definitely would. We're already dreaming about when we can go back for another taco fix!